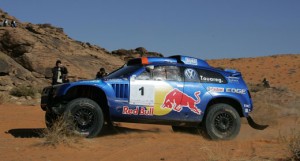 Qatar’s Nasser Saleh Al-Attiyah and German co-driver Timo Gottschalk cruised through the third and final stage to claim a one-sided victory in the 2011 Saudi Arabian Ha’il Desert Challenge, held across the An Nafud desert in the north-central region of the Kingdom of Saudi Arabia.

The Qatari driver began the third 214km Dlehan stage with a lead of over 20 minutes and reached the finish 16 minutes in front of the UAE driver Ali Hassan Obaid to take victory in Ha’il by the massive winning margin of 45m 54.6s from the Saudi Toyota driver Mtair Al-Shammery and his co-driver Moteb Al-Shammery.

“The desert stages here are fantastic and I always enjoy coming to this rally,” enthused a relaxed Al-Attiyah at the finish. “It has been a tremendous start to the season for me with wins on the Dakar and in Qatar and Saudi Arabia. Now I must switch my attention to the WRC (FIA World Rally Championship) and try and keep up the winning ways.”

Saudi’s Saleh Al-Saleh and French co-driver Xavier Caminada set the third fastest time in their Toyota FJ Cruiser and were able to climb from 10th position to third in the overall rankings. Obaid duly claimed fourth overall in his Nissan Patrol and Saudi’s Safah Al-Saeedi and Abu Dhabi’s Matar Al-Mansoori rounded off the top six, but Al-Mansoori was later awarded a 1h 15m time penalty for a route violation and dropped to 19th overall. 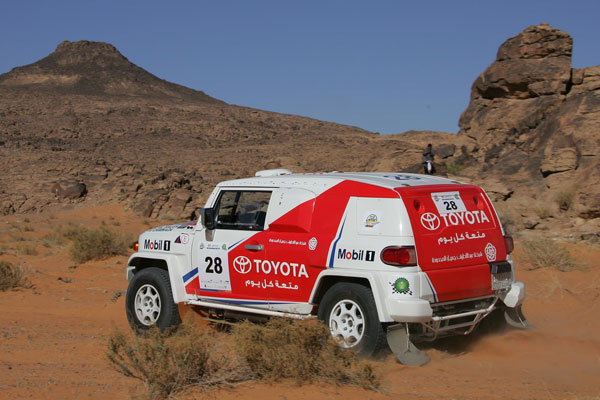 UAE veteran Yayha Al-Helai slipped from third at the start of the day to an eventual sixth overall, while Ahmed Al-Sharqawi, Saleh Al-Shudukhi, Farouk Al-Shammeri and Ahmed Al-Gashami completed the top 10. Twenty-nine of the original 34 starters began the stage.

Saudi’s premier off-road event was organised by the SAMF under the patronage of HRH Prince Saud Bin Abdul Mohsen Bin Abdul Aziz, prince of the Ha’il region and chairman of the high commission for the development of Hail and chairman of the organising committee and the new Presidency of His Royal Highness Prince Sultan Bin Bandar Al-Faisal. 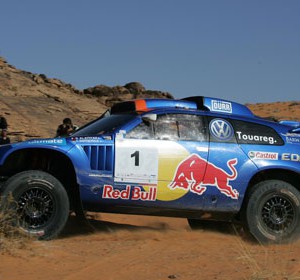 Nasser Al-Attiyah and his co-driver Timo Gottschalk made a victorious showing in the Volkswagen Race Touareg 3 at the Ha’il...
Copyright 2011-2016 Rallyraid.net - RISE Network. All Right Reserved.
Back to top