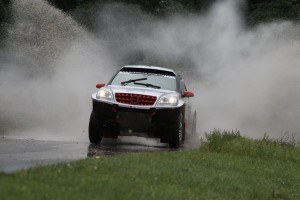 Mathias Kahle will join the race acording with SAM schedule

On the 16th and 17th of April will be held Ervideira Rali TT 2011. The center of the event will be as usual in Reguengos de Monsaraz. The rally enter on the Off Road Vodafone Portuguese Championship and ELF/Mazda Chalenge, “Cars without Approval” and TT Pré- Classic Cup. 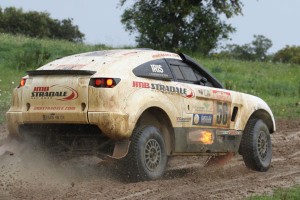 All the values of the inscriptions have already include the value of the insurances of 85.22 €, the mandatory fee of use of the “Sistema GPS / GSM” is 260 €.

The administrative checking and Technical Scrutineering will be on April. The Parc Fermé will be located at the Parque de Exposições e Feiras. The “Super Special Stage”  have to be done by all the competitors twice, beginning at 15.30 on April 16 and will have an extension of 5 Km.

On April 17, the race consists of Two Selective Stages, totaling about 300 km, with one Service Park located in the parking next to “Parque de Exposições e Feiras”, and an offset between them. Starting at 07.00 o’clock will be held the First Selective Stage. Also on April 17 will take place the awards ceremony, starting at 19.00 o’clock, that will be held in the Ervideira Winery (Adega da Ervideira) located on Monte da Herdadinha (Vendinha). 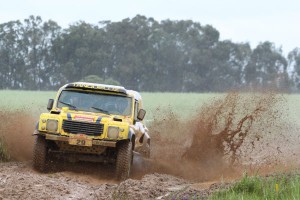 but Lino Carapeta was the faster on the mud

The Rally route with about 300 km is fast and hard as it is the prerogative of the selective tracks from Alentejo, passing through the counties of Reguengos de Monsaraz, Alandroal, Redondo e Évora. 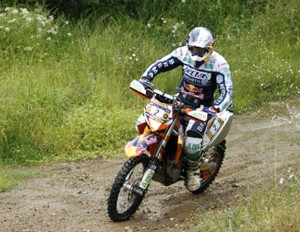 Bike Village to officially launch the 4th edition of the Sardegna Rally Race, third round of the 2011 World Cross Country...
Copyright 2011-2016 Rallyraid.net - RISE Network. All Right Reserved.
Back to top