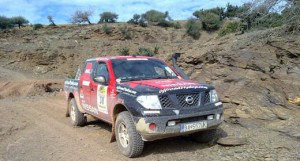 Bamako, the fastest growing city in Africa, saw on Sunday January, 30th the end of adventurous journey of Slovak Raid Adventure Team. After covering thousands of kilometers and completing tens of competitive tasks their score was 1008 points which put them on the third spot.

In six years’ existence of Budapest – Bamako rally Juraj Ulrich and Daniela Ulrichova reached a podium position for the fifth time. After overall triumphs in 2006, 2007 and 2008 and third spot in 2009, they achieved another valuable result. Although their effort to gain fourth win wasn’t brought to wished end, Slovak duo is happy with their performance.

“This year’s rally was extremely demanding, organizers prepared some really rough tasks,” agreed mutually Ulrichs. “Often we were looking for nonexistent villages, some tasks had more answers but ours were rejected.”

The rally showed its toughness right from the start. Moroccan stages from Tazzarine to Ait Bheku (588 km) and following one to Bojdour (635 km) took competitors high into the mountains. In cold night crews struggled on narrow shattered roads and even in terrain where there was no road at all. 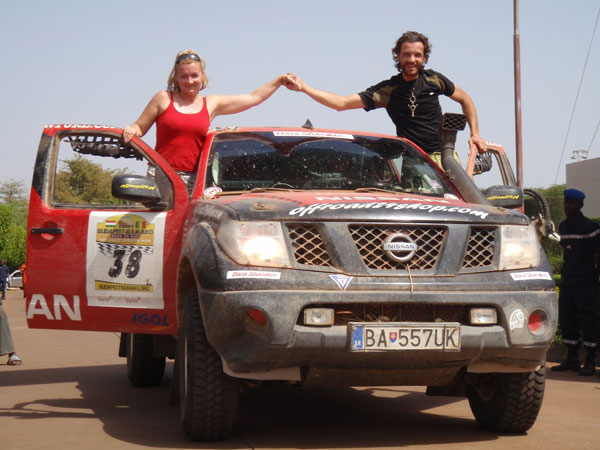 Mauretania on the other side offered the most beautiful stages from Bou Lanouar to B2 Beach (280 km) and further to Nouakchott (150 km) – cruising along the beach right to the Capital. Similarly pleasure provided also crossing the dunes on the shore of mythical Lac Rose.

The final result of a pair in red Nissan could have been better if… “It happened that we were the only crew that managed to reach the end of the stage in time limit which should have given us some valuable points. But later, when calculating the results, this time limit was cancelled by organizer,” explained Slovak team.

And how do they evaluate their latest result?

“So, now we are here at the finish line and although we dared to win, we finished “only” third. But when we look back on all the difficulties, we must admit that everyone who made it to the very end is a winner.”

“Our thanks go to all who were supporting and encouraging us during last two weeks.” 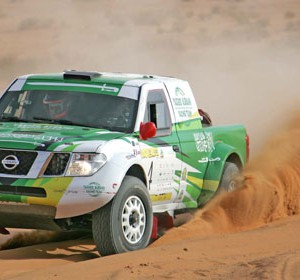 The Saudi rally champion Yazeed Al-Rajhi , Champion of Hail Rally 2009 and 2010 announces he will not participate in the Hail...
Copyright 2011-2016 Rallyraid.net - RISE Network. All Right Reserved.
Back to top