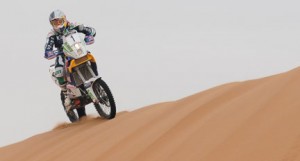 The erstwhile UAE Desert Challenge, one of the world’s most prestigious international cross country rallies, entered a new era in March 2009 when it was renamed the Abu Dhabi Desert Challenge with the five-day motor sport spectacular being staged in its entirety across Abu Dhabi emirate under the auspices of the Abu Dhabi Tourism Authority (ADTA), with the Automobile and Touring Club of the UAE (ATCUAE) retaining its event organizational role.

Originally the last round of both, the FIA Cross Country Rally World Cup and the FIM Cross Country Rallies World Championship, the Desert Challenge is now the season-opening round and is, over the years, expected to further strengthen Abu Dhabi’s credentials as a tourism destination of distinction and major sporting events hub.

During the Challenge, competitors face two days of documentation and scrutinizing (usually on a Friday and Saturday), before a Super Special Stage (on a Sunday) which decides the starting order. Competitors then brave the Liwa Desert and the Moreeb area of the Empty Quarter for five days.

The Desert Challenge was conceived and launched by 14-time Middle East Rally Champion Mohammed Ben Sulayem, who continues to be its Organizing Chairman, President of the ATCUAE and FIA Vice President for Sport.

The Desert Challenge has traditionally attracted a host of partners, most notable over the years being Nissan, Adnoc, Hertz, Explorer publishing and Oasis among scores of other support sponsors, the latest being Etisalat for the 2009 edition. 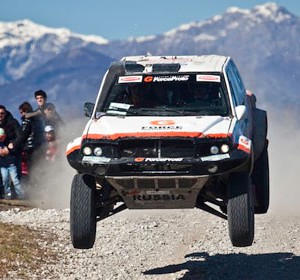 Rally-Raid crews from all over Europe converged on North-east Italy last weekend for the first round of the new FIA World...
Copyright 2011-2016 Rallyraid.net - RISE Network. All Right Reserved.
Back to top