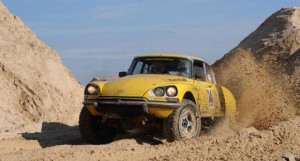 Problem: You are going to enter top-class off-roading competitions and you want your team to stand out from all the others… What do you do?

All these methods are tried and tested, but if you are a Dutchman by the name of Rene Van Velthoven then there is another way to get yourself noticed… create an outrageous vehicle! And they don’t come more outrageous than a bright yellow Citroen DS body mounted on a Land Cruiser chassis. As my doctor repeatedly tells me, there is a thin line between genius and madness and this bizarre beast has two 33’ BF Goodrich A/ts on each side of it… Meet the D-Crosser! 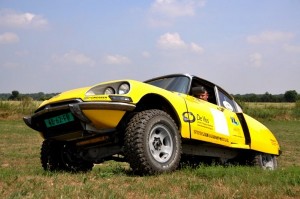 So, the first question is why did they end up with such a bizarre hybrid monster?
“Well,” says Rene with a confident voice that didn’t sound like someone who’d stopped taking their medication. “We had two aims to start with for whatever we were going to build. It had to be reliable and light. Our first car was an 88’ Land Rover with a 3.9 V8, but all we learnt in this car is how many things it is possible to break. And if you ask anyone what is the strongest and most reliable 4×4 in the world, if he’s not from England of course, he will tell you a Toyota Land Cruiser! We also run a Land Cruiser spare parts business, so the base vehicle is a HDJ 80.
“The Toyota body though, is designed for expeditions, so it’s just too big and heavy for sport. With my good friend Nard we run a Peugeot and Citroen workshop in Holland and Nard had experience with off-roading 2cvs before so this is why we started thinking like this. The 2cv on a Range Rover chassis has been done before though, but then we found a DS body and took it the idea from there. It’s a good way to combine the two companies!”

Two and a half years after the initial plan was conceived this labour of love is out and racing, but of course creating such a unique vehicle from two very different donors, threw up some unique problems for the team to solve. “The chassis and body didn’t fit together,” says Rene. “But of course it was important to keep the original geometry of the Toyota suspension and drive train…”
So it was the body that ended up getting the brunt of the angle-grinding treatment.
“It was too long and the back of a DS body tapers thinner so that the rear wheel arches weren’t wide enough to cover the back axle. It took a lot of measurements and a lot of work to get this right because the DS has such a peculiar shape and we wanted to be sympathetic to the original curves. The way we did it was to cut it in half, shortened it to fit by losing the back doors and taking some length out of the roof and after a lot of fabricating widened the rear arches so that they fitted over the back wheels. This allowed us to create the side air scoops you see so that we can run ducts down to cool the rear axle.” 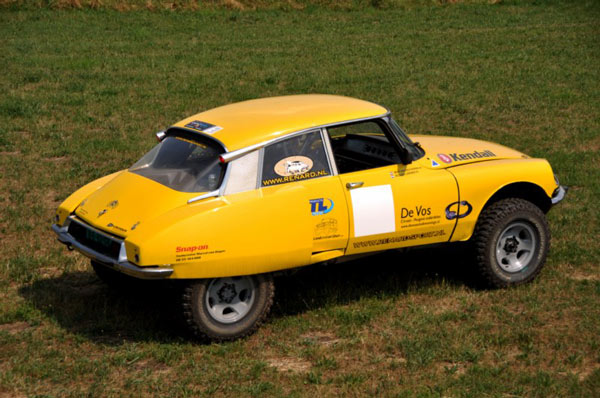 The 4.2l Land Cruiser engine is not the lightest competition engine in the world, but remarkably the D-Crosser tops the scales at a very trim 1850kg. With a fuel pump from a 24 valve engine and an intercooler from a 100 Series Land Cruiser it also produces a serious amount of torque. The Mercedes fuel tank over the back axle and spare wheel shoe-horned into the boot gives a very enviable weight distribution ratio of 50/50 and so you start to see that this isn’t just some bizarre looking oddity trundling around at the back of the field for a bit of comedy effect. Despite what some people’s first impressions are it really is a well-designed out-and-out racer.

“But we’re still learning, both with ourselves as driver and co-driver and about how to get the best out of the car. Soon we plan to install a data logger so we can start to develop the set-up and we’ll also be upgrading the suspension to competition spec.” 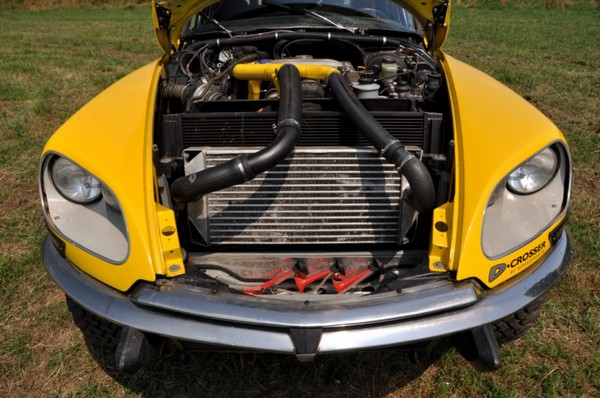 Currently the Dutch Championship is where the D-Crosser is being tested but it was built to FIA specifications so the Baja World Cup is on the horizon and so is one day the holy grail of off-road competitions – the Dakar.
“Why not? We know what we can do and what the car can.”

But there is one issue standing in the way of Rene’s Rally Raid world domination… “We spent our own time and money to get to where we are now… but the bigger competitions are harder and we’ll need to take more support… which costs money that we don’t really have. And I’m not ready to sell any of my children for this just yet!”

As you can see from the photos, as beautifully eye-catching and curvaceous as the D-Crosser’s body is… it does look a little bare. What a fantastic place for some sponsor’s stickers! 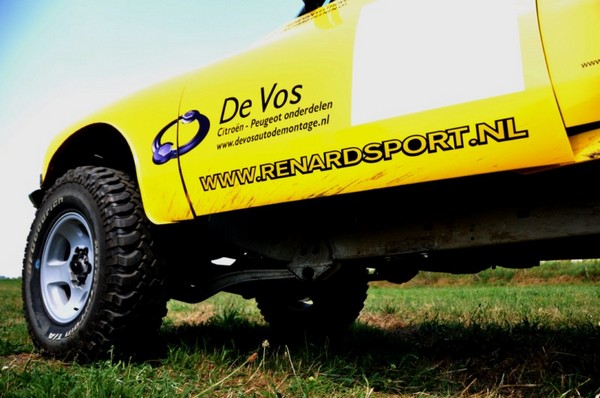 Novitskiy and Schlesser: Who will be better in Italy? 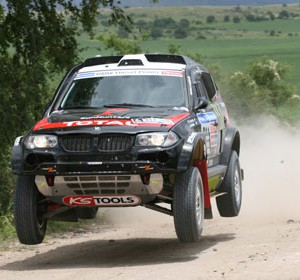 Novitskiy and Schlesser: Who will be better in Italy?

At the first stage of the FIA World Cup “Italian Baja 2011” we will see the interesting battle between two main rivals....
Copyright 2011-2016 Rallyraid.net - RISE Network. All Right Reserved.
Back to top