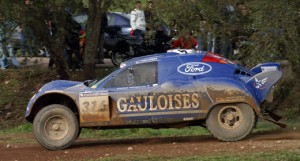 A large Mitsubishi line-up, thanks to the “RalliArt Divisione Fuoristrada” and its brand new “Dust Devil” T3 Light – We missed half a miracle , the usual Mitsubishi team and the scent of nostalgia. Through some calls from the Fuoristrada Club Pordenone base we have been able to complete the situation of an “almost” perfect Italian Baja.

NICOLA DUTTO. One year after the serious accident which caused him the legs’ paralysis, the Piedmontese biker will be back again, to face the Tagliamento routes unusually opening the track driving a Razor Rzr 800 prepared by Handytech and Sparco, with accelerator and brakes arranged with joysticks on the steering-wheel, and a special shock-absorber seat to avoid possible sores. “I start again from where I stopped last year; the break has been longer than I thought, but I must come off from that Special Stage” explains Dutto, who already got over his unlucky fate and is ready to start a new agonistic way, driving a mean of transport specially adapted to him: “After the Italian Baja my calendar includes some National and European competitions and a transfer to America in November, thanks to the support of whom never stopped believing in me”.

JEAN LOUIS SCHLESSER. Nobody forgot the funambulist transalpine driver, who driving his buggies marked a new era for the World Cup Rallies Tout Terrain; he first kept the lead ahead the Citroen official team and then, after the withdraw from the race of the invincible Zx Rally Raid, finally collected a series of thoroughly deserved successes, among them the victories at the Italian Baja in 1998 and 2002. Now that the edition 2011 of the Pordenone competition intitled one ot the two SS with his name (the other one is dedicated to the German Jutta Kleinschmidt), Schlesser comes back to the start line, in order to face the new big champions of this speciality.

RALLIART FUORISTRADA. The big Mitsubishi team, leaded by Renato Rickler del Mare seems to be even more hardened, as there are the Italian champion Roberto Ciampolini together with Riccardo Colombo, Alessio De Angelis, Pierpaolo Larini, Riccardo Garosci, Silvio Totani and Carmine Salvi; we are still waiting for the name of drivers who will drive the new toy for all 4×4 lovers, that’s to say the T3 Light, nicknamed “Dust Devil”. It deals on a posterior traction vehicle, with a tested and trusty three cylinder and 140 hp engine, which will be able to take part to all season’s races without needing of overhaul, offering high performances together with a low budget. 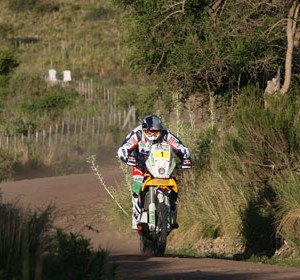 After a meeting between the Dakar-organiser ASO and the Bolivian President Evo Morales last week, race-director Etienne Lavigne...
Copyright 2011-2016 Rallyraid.net - RISE Network. All Right Reserved.
Back to top