Yes, it is true! After 15 months, Miroslav “Mirek” Zapletal together with Tomas Ourednicek are back on track. Former Baja Cup runner-up and Czech and Hungarian champion Czech crew suffered serious spinal injuries in a horror accident at Dakar 2010. 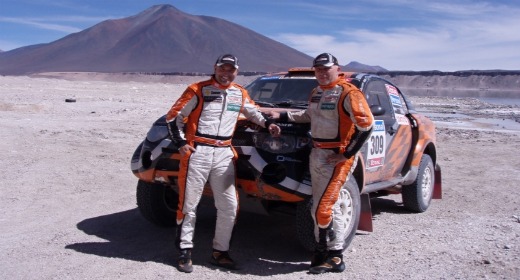 But their return is not just a return, they held a surprise for their fans and rivals: Mirek bought a new car. This is BMW X3, with which are participating at Italian Baja and at Rallye de Tunisie, because their Mitsubishi L200 Strakar is on a deck of a ship, which is on its way to Dubai.

The new BMW X3CC has an interesting history, it comes from the X-Raid factory team and a few years ago Nasser Al-Attiyah, winner of Dakar 2011, also drove this car. This is the first and the only car at such level in Czech Republic.

“BMW X3 was a fast option. We decided from day to day that we will take part in the World Championship. So we promptly needed to buy a new quality special. And we hope, we managed it!,” says Mirek Zapletal. 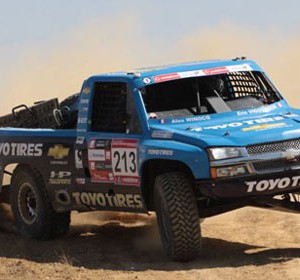 After his victory in the Two Wheel Drive Trophy of the FIA World Cup 2010, Eric Vigouroux intended to come back in force...
Copyright 2011-2016 Rallyraid.net - RISE Network. All Right Reserved.
Back to top