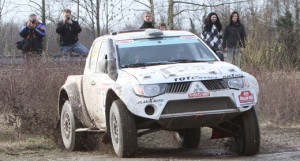 With Friday’s prologue Italian Baja, first round of the Cross-Country Rally World Cup has set off officially. Bit surprising, Catalan Joan Roca and Josep Ferrer (Mitsubishi L200) were the fastest in front of the SAM Mercedes of German Matthias Kahle and dr. Thomas Schünemann. Both cars were introduced last year so they are taking their first steps in the international field and this result is very promising to both teams. Even if, as Roca wrote, the big battle is still to be fought. 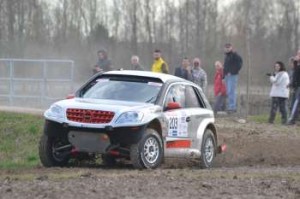 Czech Miroslav Zapletal and Tomas Ourednicek (BMW X3CC), who returned after having to miss the whole 2010 season due to their serious injuries suffered at an accident at the 2010 Dakar Rally, hold the 6th place. “It was very difficult for us. We didn’t know the car at all, we had no time for testing. The track was very short and also slippery so I think 6th place is a good result for the first kilometres. The car is really fantastic, it has a great potential. As for us, everything is OK, we are happy to be able to race again, “ says co-driver Ourednicek. 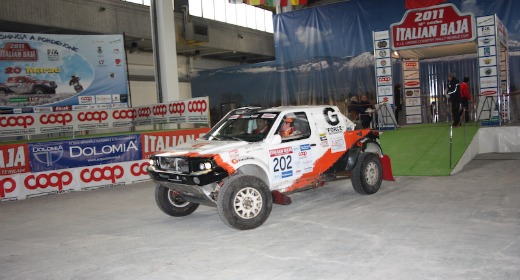 There were some accidents already at the prologue. “The track seemed to be a nice rally-like one but on both sides there were ditches. Many cars slipped in these – like us. I think, this can cause nasty surprises throughout the weekend, already today three or four cars crashed,” says Zoltán Garamvölgyi, driver of Nissan No. 241 and organiser of the 5th round of the World Cup, Hungarian Baja. 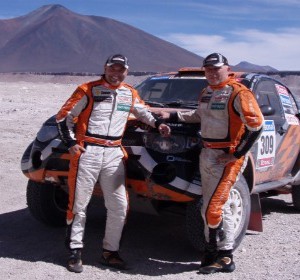 Yes, it is true! After 15 months, Miroslav "Mirek" Zapletal together with Tomas Ourednicek are back on track. Former Baja...
Copyright 2011-2016 Rallyraid.net - RISE Network. All Right Reserved.
Back to top