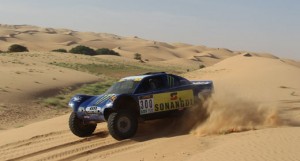 No respite for René Metge, Sporting Director, who already refines the route. The period chosen for the event is substantially identical to that year.  The rally will start from Europe on 27th of December 2011 and will end on 8th of January 2012 in Dakar. No fewer than 14 stages are already scheduled to offer competitors the best of this fascinating African route.

From Moroccan dunes, through the immensity of the Mauritanian ergs, the rally will join traditionally the Senegalese capital after intense but balanced legs. Open to cars, bikes and trucks categories, the fourth edition of the Africa Eco Race will not be exception to its reputation as the most beautiful race in Africa.

René Metge said: “I understood what competitors expect from this race and I think they will not be disappointed! Driving and navigation will be privileged while keeping the necessary balance for an exciting but not boring race. In 2012, the legs that became “classics” will be part of the route but they will also be very different. I wished novelty but without missing the main expectations of the competitors … They will be surprised! “

After the real excitement generated by the RAID during last edition, the formula is extended according to demand and could be open to SSV. Entries will be open from 16th of May (first tariff). By then, you will be regularly informed about the 2012 edition updates.

Another new member in Sólyom Team 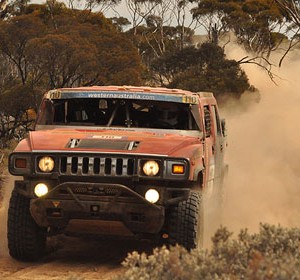 Extreme motorsport enthusiasts grab your calendars and mark 23 to 30 September 2011. That's when the Australasian Safari...
Copyright 2011-2016 Rallyraid.net - RISE Network. All Right Reserved.
Back to top