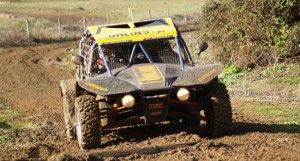 The first Festival TT is in its final countdown: less than a week is left until the 1st Festival TT, which is a unique and so far unknown kind of event in this form in Portugal. The assembly and Preparation of the already of the infrastructure that will take teams, sponsors, exhibitors and guests.

At the assistance and exposition area, the main operations will clean some vegetation and prepare the parks that will receive the several entities there.

As for the tracks, fortunately the strong rains of last week didn´t have any impact, so the conditions are perfect, what means that the biggest part of the work is to mark and signal the track, as well as to clean some branches and vegetation in the berms. Still about the circuit, over the past weeks, the organization collected some options about what should be the right for a season opener which is intended to test the cars but without risking them. With the cooperation of the Herdade Agolada de Cima, the track that was created has everything: fast and very fast zones, large curves and some jumps with more close and slow zones. The interest for the event is high and the organization has been contacted by several teams wishing to be there.

But being the first edition, it was not on the teams’ plans, so it´s obvious that not everyone who wanted can be present. Like the Yser Racing Team that can not come, because their cars are in final phase of preparation for CPTT. But even being absent they joined the project, supporting officially the 1st Festival TT in their official website www.yserracingteam.com.

About the exhibitors, during last week some new contacts were made with several brands, mostly at their own initiative, looking for information about being present at the 1st Festival TT. It´s still premature to reveal the brands, but the organization is confident that they will congregate a lot of very interesting and varied 4×4 cars that certainly will captivate the visitors. 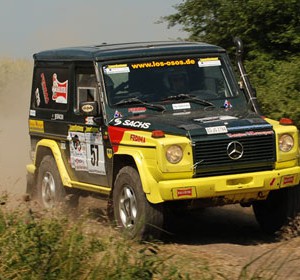 In the past years from time to time German Los Osos team appeared in Hungarian and other European cross-country rally events....
Copyright 2011-2016 Rallyraid.net - RISE Network. All Right Reserved.
Back to top