Belgium is hungry for the Dakar 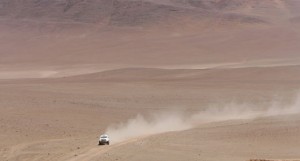 The Dakar World Tour stopped off in Belgium, where the family of rally raid lovers is undergoing continuous renewal.

Mixtures of different types sometimes have tasty results. Stéphane Charlier, distinguished for his talents as a chef in the best gourmet guidebooks, also cultivates a passion for motorcycles, which led him to try his hand in the Dakar in 2009. The objective was not reached, but the flame still burns brightly. Moreover, the Brussels presentation of the Dakar 2012 was hosted by his establishment: La Salicorne. Although the host has not yet commented on his plans for next January, numerous competitors did take the opportunity of confirming that Mar del Plata – Lima is indeed on their programme. Jean-Marc Fortin, the best representative of the country as Krzysztof Holowczyc’s co-driver (5th), will probably be wearing a double cap in South America, as he did last year. The 2012 edition was also chosen by Stéphane Henrard for his return to the Dakar, his preparation being set to commence on the Silk Way Rally in July. The 80 people present counted just as many old hands as future drivers, who had come to soak up the atmosphere of the rally they hope to discover. Already enticed by the images of previous editions, these adventurers, ready to make the leap, were still further convinced by meeting the representatives from the Peruvian embassy in Belgium, Carlos Chavez-Taffur and Osvaldo Del Aguila. This Dakar mania could well spread in the country after the broadcast of the Auto Mobile programme on RTBF this Friday, which is devoting an important place to this presentation. 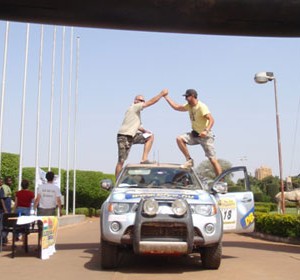