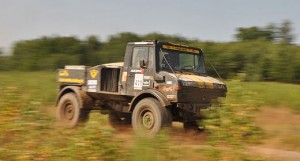 The “mother of all desert rallies” has shown us the following: “Paris-Dakar” has successfully turned into “Dakar” and “Dakar-Series”. What is functioning for the licensed French mega rallies will now enrich the adventure off-road races. The “Breslau Rally”, second biggest Rallyraid after the Dakar but licence-free, is once again expanding its view with a new and attractive event.

A brave step for the oldest and most successful adventure rally in Europe, whose name has long ago been recognized at the international off-road scene. The name “Breslau” is a synonym of extraordinary challenges, extreme and spectacular routes and professional organization. Why then such a mega event as “Breslau” be limited only to Poland? Starting now, all off-road racers could say: Breslau is everywhere.

But don’t worry, the traditional rally in Poland (June/July 2011) will not be cancelled. It will begin as usual in the last weekend of June – but this time it will start in Breslau and will finish in Dresden. We are not writing the new history of Breslau, we are expanding it internationally with new exciting pages.

“Together we are stronger” – this is especially valid for the offroad sport, where very often the goal could be achieved only with the help of the others. Why then not apply this principle in the organization? For this reason the two organizers of the rally Henrik Strasser (Rally Breslau) and Alexander Kovachev (Balkan Off-Road Rally) developed the idea to join their forces. Thus the idea of the two rallies was born. To this end Strasser and Kovachev established “Breslau International GmbH & Co KG” after strict German laws.

The “Second Breslau” (which is the 18th in a row) will not play the role of a stand-in of the classic traditional competition, but will have its own unique character. Along with the classic Breslau, known for winching and swamp crossing, now we introduce a brand new class for the cars – “Breslau Cross Country”.

The focus here is on the speed, combined with good navigation skills. And something else: the “tourists”, who would like to experience this sport for the first time are welcome. All you need is a roadbook, a tripmaster and a helmet. The Cross-Country version of Breslau Rallye is in the best rally-raid format, characterized with long and speedy stages. The routes profile doesn’t require winches, but skills behind the steering wheel.

In the new class are alsoallowed rally-raid vehicles without FIA-homologation. This way the rally attracts teams, which participate in the high-speed baja races and they will compete on a route different from the one of the hardcore masters.

The topography of Poland is rather two-dimensional: the highest sand hill is only 25 m. In Bulgaria and Romania, there will be a “3D driving”. The race passes through the most spectacular areas of virgin nature. The challenge for pilot skills is enhanced to perfection by locating the camps in idyllic spots in order to catch the atmosphere of the countries and their people.

The countries from Southeastern Europe have a long experience in the off-road sport. Remember the strong Baja Championship in Hungary. This year the Hungarian Baja is part of the FIA-world calendar. Or the neighboring Romania: For 15 years it’s been having a strong presence at the off-road scene, and the experienced racers will gladly remember the Carpat Trophy and other events. Currently “Transylvania Adventure Trophy” (TAT) enjoys particular interest. Each year there start over 140 participants from 14 countries. 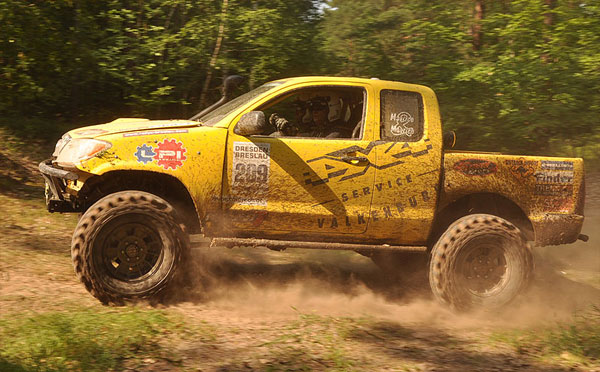 For eleven years the Bulgarian Motor Sport Federations have been organizing very strong National Championships for off-road vehicles and enduro/ATV. The country is known for its very good rally-raid marathons and enduro races, such as “Balkan Offroad Rally” and “Six Days Crazy Job”. Every year Bulgarian pilots take leading positions at competitions like Breslau and Baja Saxonia.

From 24 September until 1 October 2011 in Budapest will start the 18th Breslau Rallye. The start of the show will be preceded by an attractive prologue in the Hungarian capital. After a special stage in Hungary, the rally will cross the Romanian border and will head for the Carpathians towards Sibiu. Next, the driving will be on the Kings Road – the highest open road (2300 m) over the Carpathians mountains. Descending to the South, the rally will enter Bulgaria through the Danube Bridge near Ruse.

After two days in Bulgaria, reaching the Black Sea coast, the caravan will head back to Romania towards the Hungarian border and the winners will be known at the finish in Sibiu. The participants in the classic Breslau Rallye receive a special discount of 300EUR from the starting fee for cars and 150 EUR for motorcycles/ATV.

In exchange of this, the participants receive a one-week adventure in the very beautiful off-road spots. All the known standards are present: from the medical support to the one-week catering – adjusted to the local tastes. The standard corresponds to the already known in Breslau. Note: If the label says Breslau, the content is Breslau!

The additional transport fee of EUR 490 includes the transportation of two aluminium cases with parts and clothing, as well as spare tyres and fuel canisters, too.

For the first time the truck-participants are given the opportunity to reach Budapest by RO-RO ships on the Danube river. We could send you more details if you are interested.

The “New Breslau” offers everybody a New Challenge in charming environment with the already known standards, terms and calculable expenses. The race is organized by people who are symbols of the highest standards in the off-road sport.

For more informations, please visit the official website at www.rallye-breslau.com 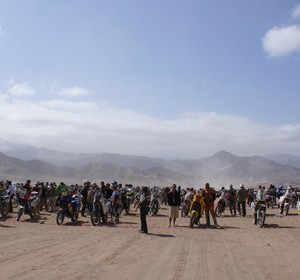 This morning at Santiago, on the occasion of the presentation of the Chilean part of the route for the 2012 edition, the rally’s...
Copyright 2011-2016 Rallyraid.net - RISE Network. All Right Reserved.
Back to top