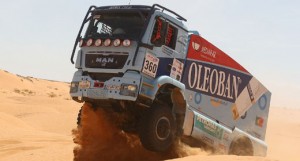 The MAN TGS from Team Oleoban / MAN Portugal, driven by Elisabete Jacinto, is back to great cross-country international competitions. Rallye Oilibya de Tunisie, which takes place between May the 1st and the 6th, corresponds to a return from the German manufacturer to World Cup competitions, with the Portuguese driver Elisabete Jacinto intent on repeating the triumph brilliantly obtained in 2010.

The driver, who at the beginning of the year was runner-up at Africa Eco Race, will again count with the navigation of the Belgian Charly Gotlib, and the mechanic Marco Cochinho remains the third element in this team.

The MAN TGS from the Portuguese team was revised and prepared in the workshop of Hydraplan; having undergone several improvements, it is ready for the Tunisian race: “After Africa Eco Race, our MAN TGS was subject to a detailed revision work and still suffered some changes, in a continuous development program we have been carrying out”, stresses Jorge Gil, the Team Manager.

This will be the ninth time Elisabete Jacinto takes part in the Tunisian Rally, and she is very much looking forward to its start: “Tunisia is a fabulous land for cross-country. It has magnificent tracks, with different features. I have good memories of this race. It was in it that I won my first special in the general for trucks. It was an unforgettable feeling”. It must be remembered that, in 2010, the driver obtained a historical result, since she was the first woman to win a World Cup competition in this category. 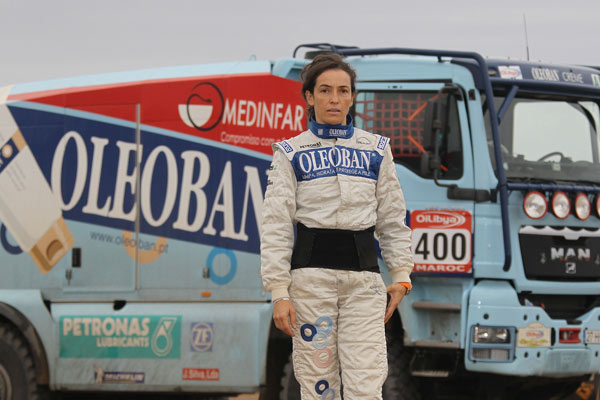 The Tunisian Rally, which is on its 30th edition and is the first sports event to take place after the January revolution, will this year have six streaks, occurring as usual in the south of the country. With April the 30th set for administrative and technical checks, the first streak will be held on May the 1st. 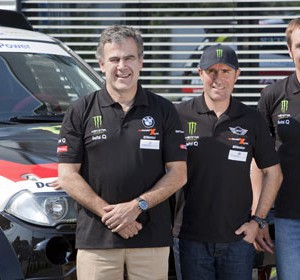