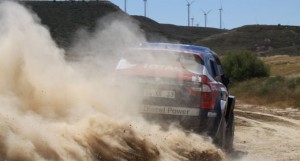 Baja Spain 2011 will open today, April 20th, it´s inscription period for all the categories, which include cars, bikes and quads, and trucks. Contenders can join the XXVIII edition of the competition trough the official website www.bajaspain.com and trough www.jarama.org , and can beneficiate a special price until June 17th. From June 18th to July 8th, they will have to face the total fare.

The Aragonese event will be held from 22nd to 24th July in it´s usual environment, having the city of Zaragoza as the neuralgic Headquarters and also the Principe Felipe Pavilion.

Baja Spain 2011 will be for the first time counting for the recently created FIA World Cup for Cross Country Rallies, which put together the Cross Country and Baja competitions. Then, the Baja Spain will be the fourth venue of the seven the World Cup has. It took its start in March with the Italian Baja, and will cross the finish line in October, in the Baja Portalegre 500. After the two meetings already celebrated, Leonid Novitskiy, Stéphane Peterhansel and Jean-Louis Schlesser, all of them old Baja friends, are the provisional leaders.

The competition will take the start on Thursday July 21st with the technical scrutineering taking place, for the third time, on Motorland Aragon´s facilities, in Alcañiz (Teruel); and also the Super Special Stage. And, after Saturday and Sunday´s stages, the winners could climb the podium on Sunday July 24th at 20:00 hours, in the Paseo Independencia of Zaragoza. 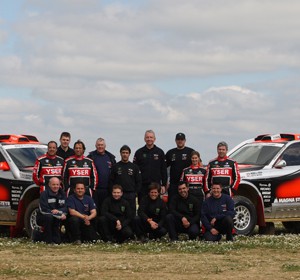 It is indeed difficult to watch at distance to a show where normally we are protagonists. This is an anxiety that plagued...
Copyright 2011-2016 Rallyraid.net - RISE Network. All Right Reserved.
Back to top