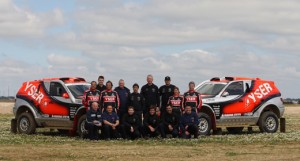 It is indeed difficult to watch at distance to a show where normally we are protagonists. This is an anxiety that plagued me during the past week-end. Still, taking into account the restrictions imposed to our cars, the Yser Racing Team decided not to attend to one of the stages with great tradition in the Portuguese 4×4 Championship: The Ervideira TT Rally.

However, and as it should be, I want to commend the role of family Leal da Costa (main sponsor of this event) not only in the recent growth of Ervideira TT Rally but also to the sport in national and international scene.

Regarding competition, this stage served to confirm my suspicions that the CPTT title of 2011 will be disputed only between two pilots. In Alentejo bad luck came again knocking on the door of Carlos Sousa, with a hole and a slow tire change, but even so we can’t put into question the merits of Miguel Barbosa’s victory and, therefore, I must congratulate him from here. This victory means the championship lead for him and a second place for Carlos, but also means a big gap to the third place and the evidence that these are the only capable contenders of winning the national title.

Another issue which, in my opinion, deserves to be highlighted is the presence of SAM Mercedes in Reguengos de Monsaraz. The choice of our Championship to test cars of this caliber is a clear sign of the prominence that the Portuguese TT is beginning to gain in the international scene. This type of event is what CPTT needs to grow, especially at a time when it was announced the cancellation of a historical stage as the Vodafone Portugal Rally TT 1000.

Until the next race! 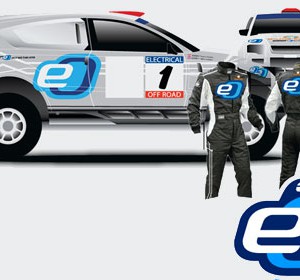 Latvian-built electric rally raid vehicle to be the first of its type in the world Andris Dambis, director of motorsport...
Copyright 2011-2016 Rallyraid.net - RISE Network. All Right Reserved.
Back to top