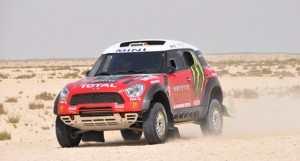 The Monster Energy X-raid team celebrated an historic success in the five-day Abu Dhabi Desert Challenge, which started on April 3rd and finished on April 7th. It marked an historic achievement for the X-raid team. The MINI All4 Racing was triumphant less than three months after its first appearance in the Dakar Rally.

The duo of Stéphane Peterhansel and Jean-Paul Cottret (FRA/FRA), claimed victory ahead of their team mates Leonid Novitskiy and Andreas Schulz (RUS/GER) in a BMW X3CC. Novitskiy not only secured valuable points for the FIA World Cup for off-road rallies, but he also took the outright lead in the World Cup drivers’ standings. The two X-raid crews controlled proceedings in Abu Dhabi and made the fight for overall victory between themselves. Peterhansel secured three of the five possible stage wins and eventually beat Novitskiy by a winning margin of 15m16s. The Russian and his German co-driver shadowed Peterhansel and Cottret throughout the event. Novitskiy snatched victory on the third stage and briefly led Peterhansel in the overall standings. 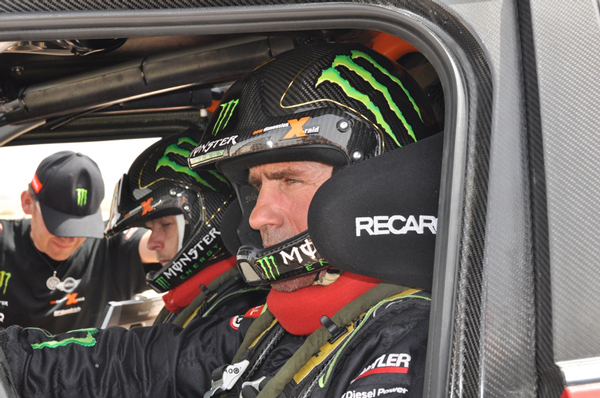 “Stéphane and the MINI All4 Racing have shown to be in excellent shape and deserved this victory,” said Monster Energy X-raid team boss Sven Quandt. “Although he stalled twice, technically we had no problems. Even Leonid has shown a very strong performance. The second place puts him in the FIA World Cup lead and in a very good position. He maintained his tactics and approached the rally wisely. “ 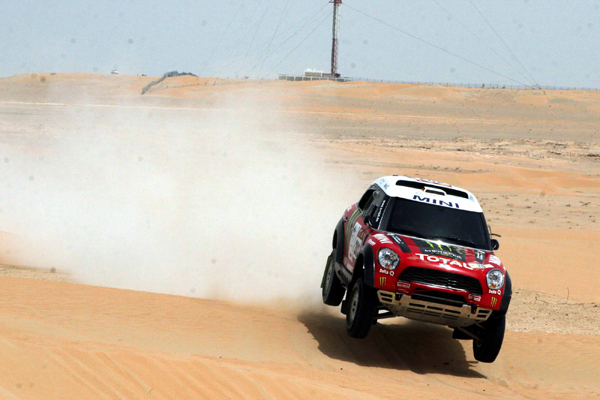 The MINI All4 Racing was developed by the Monster Energy X-raid team in just 90 days for the Dakar Rally. In Argentina and Chile, it quickly became a crowd favourite. The next outing for the MINI All4 Racing will be further east at the Silk Way Rally. Teams will head from the Russian capital of Moscow to Sochi, the venue of the Olympic Winter Games 2014. 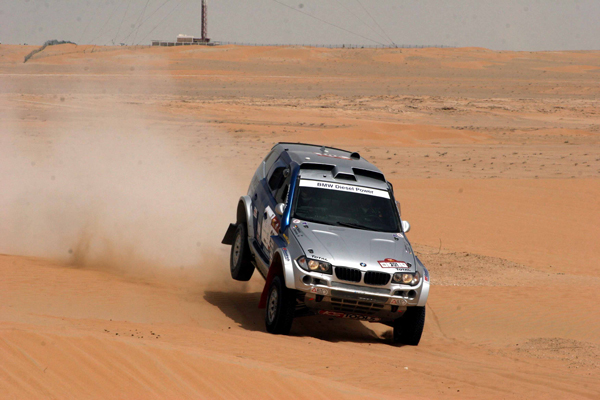 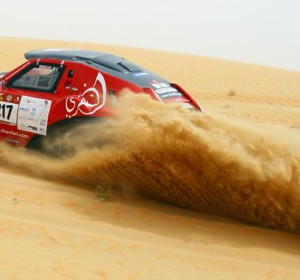 If 350km of soft-sand dunes in temperatures nearing 40 degrees in one of the most inhospitable and sparsely inhabited places...
Copyright 2011-2016 Rallyraid.net - RISE Network. All Right Reserved.
Back to top