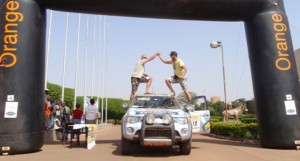 Participants of the 2012 Budapest-Bamako will have tackle three time zones, two continents, eight countries, deserts, savannahs and jungles over a 9334 kilometer course. Unlike in previous years, the rally will not end in the Mali capital, Bamako, but instead will finish in Guinea-Bissau.  “Mali can easily be accessed even on roller skates. Guinea-Bissau represents the untouched, undeveloped romantic image of Africa. “, said the founder of the event, Andrew G. Szabo. “Teams can expect plenty of difficulties and adventure along the way”, added the creator of the Great African Run.

The world’s largest transcontinental amateur rally will start from Budapest on Friday the 13th in January 2012. “Superstitious teams can skip the Friday start, however every team must report in Genova, Italy at the ferry crossing the following day”. After a 48 hour sea journey the race and tour will continue in Morocco.

The Budapest-Bamako will return the dunes of Merzouga and the moon like valleys of Zagora.  “We will include some former Dakar tracks between Tata and Tatooine”, added Mr. Szabo. These hard packed fast sections in Central Morocco are always popular with race teams.

After crossing through Western Sahara, teams will spend only two and a half days in Mauritania. In recent years Mauritania became increasingly dangerous amid kidnappings and increase Al-Qaida activity.  After the traditional B2 Beach Party race teams will head south east towards Selibabi to cross over to Mali.

From Diema, Mali a two day supermarathon will await drivers. There is no designated night stop on a super marathon. Teams can spend the night with local villagers or in the camping in the bush. The main challenge for this stage will be  finding a river crossing in the Senegal river and entering the country of Senegal. Not crossing at the right place may lead to loss of time, points or one’s vehicle.

After spending a night in the jungle of Nikolo Koba in Senegal teams will head towards Guinea Bissau for two more stages in this small West African country. The finish line ceremonies will be held on January 29th, 2012 in Bissau. “This is the most important cultural and travel event of the year. We’re honored that this prestigious rally in coming to Bissau”, said Adja Satu Camara Pinto, interior minister.

The seventh Budapest-Bamako is the sole spiritual heir of the Dakar Rally in Africa after the Dakar moved to South America. It is also the world’s largest amateur rally and the most important charity rally in Africa.

Belgium is hungry for the Dakar 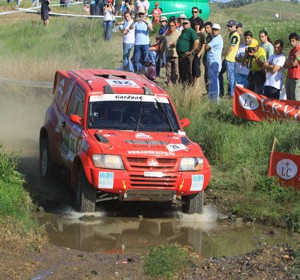 This Baja Ervideira has been a great adventure for the Hungarian team. Even though they were stuck in a river crossing not far from...
Copyright 2011-2016 Rallyraid.net - RISE Network. All Right Reserved.
Back to top