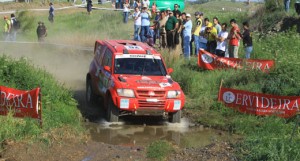 This Baja Ervideira has been a great adventure for the Hungarian team. Even though they were stuck in a river crossing not far from the finish-line for about 20 minutes and lost several positions, the pilot and navigator were very satisfied with the race weekend. For the Hungarians, everything was new during the race. So many people cheering, the car, the tires and stage distances.

–              I can’t express enough how good everything was. The mood is great; the place is beautiful, the event so well organized. By the second stage we got to know the car’s reactions and got up to speed too. This Pajero is very, very different from anything I have raced during my short carrier, but when we stopped in the service after the day I became to really appreciate this Red Line Team prepared racecar’s abilities. Very good suspension and brakes, friendly handling and well built. The track was just amazing, with all that cross country rallying can offer. Hills, water-crossings, rock and sand, high speed sections and very technical parts were all on the menu. Fantastic scenery also added to the event. The team’s work was outstanding too. They have done everything they could to make us feel a 100% calm, helping with anything we have asked. And even after working so many hours into the night on the car, they were all over the track cheering for us. I am already thinking about the next time I can come to race here, I love Portugal. 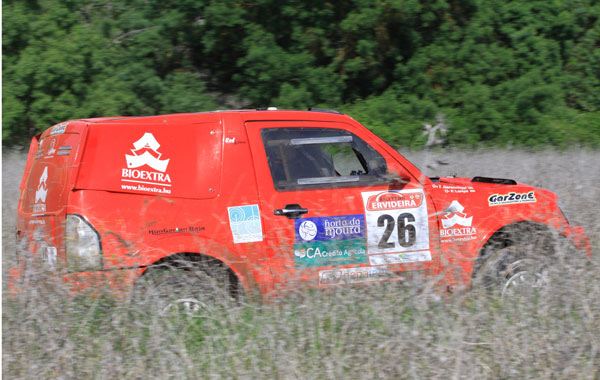 –              From the point of view of a racer, the 150 km stage was about 400 signs in the roabook, which is a first for me. It was one of the best races in my life. We had to work very hard during the entire race. The track and the whole event were well prepared, but we still had some surprises. Regardless of the result, we are going home with a lot of great experiences. We have come here to have a feeling of this race and it was great. Unfortunately from the second stage we couldn’t use second gear and we lost a lot of time when the car stopped and refused to start. Still, the Portuguese fans had helped us and with that help we were able to continue and finish the race. Great thanks for all of them. I think the Red Line Off Road Team has done a great job. We were a little scared from this new car, but it turned out to a pleasant surprise in the end. It would be to early to think about Baja Portalegre, but for sure we would like to race there too. A special thanks is due to Mr. Francisco Henriques for all his efforts to make us feel this well. 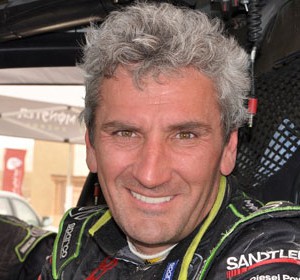