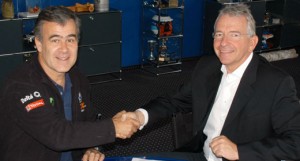 The Monster Energy X-raid team will field two cars in the Tunisia Rally, round three of the FIA World Cup for off-road rallies, on May 1st-7th, 2011.

Defending FIA World Cup champion Leonid Novitskiy and his German co-driver Andreas Schulz will drive a BMW X3CCs. Chilean driver Boris Garafulic represents the official team for the first time with fellow French co-driver Laurent Lichtleuchter in the second car. Just weeks after the Trebur-based team clinched an emphatic debut victory for the MINI All4 Racing in the hands of Stéphane Peterhansel and Jean-Paul Cottret in the Abu Dhabi Desert Challenge, Sven Quandt’s team is in action again across the demanding deserts of North Africa.

Novitskiy is bidding to retain his FIA World Cup title and has taken a pair of second places on the opening two rounds in Italy and Abu Dhabi to take a three-point lead in the overall drivers’ points standings. “I’m quite happy with the season so far,” admitted Novitskiy, who faces fierce competition from third-placed Frenchman Jean-Louis Schlesser in Tunisia. “Hopefully I can also take my first win in Tunisia.”

Garafulic and Lichtleuchter are forming a new X-raid team partnership. “For me, it’s mainly a question at this rally of gaining experience in the sand and in the dunes with the new car looking for the next Dakar,” said the Chilean, who tackled the Dakar for the first time in January this year and achieved a very good performance.

“As in Abu Dhabi, we expect a sand rally in Tunisia,” said Monster Energy X-raid team director Sven Quandt. “Although Leonid will be hoping to push on for his first outright win of the season, he must also drive cautiously and intelligently. He cannot afford a mistake or a failure if he is to win the FIA World Cup again.”

Race officials at the Neveu Pelletier Organisation (NPO) have arranged six demanding special stages and over 1,550 km of competition on sand and dunes. There
are also new sections of desert that have never been used by the event before. 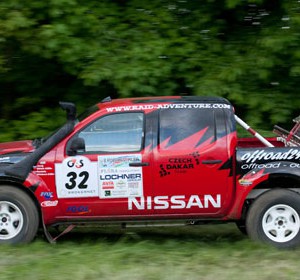 Only a week remains until the start of III. Admiral Rábaköz Cup, opening round of FIA Central European Zone Trophy, International...
Copyright 2011-2016 Rallyraid.net - RISE Network. All Right Reserved.
Back to top