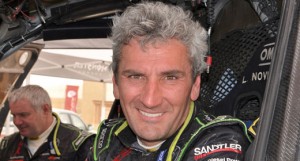 After two stages of FIA World Cup 2011 in Italy and United Arab Emirates the BMW X-Raid pilot Leonid Novitskiy became a new leader in FIA classification with 63 total points. Second position goes to his team-mate Stephane Peterhansel, who earned 60 points for his won of the race in Abu Dhabi, and third best result with 42 points got legendary Jean-Louis Schlesser. All of these three pilots had champions titles in FIA World Cup in different year and are looking for a new one!

Leonid Novitskiy explained in interview his view of the current situation in FIA classification and his preparation for Rally “OiLibya de Tunisie 2011”. 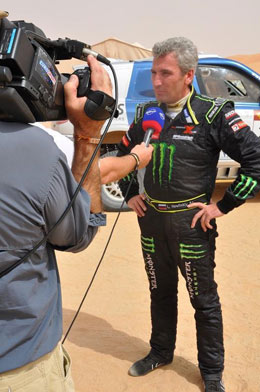 Leonid, you are leading now in FIA World Cup classification. Are you satisfied with the beginning of the season?

L.Novitskiy: In general, I am satisfied with my first position in total ranking of World Cup, but I can’t tell that I am totally happy, because in Italy and Arab Emirates we missed victory and finished on second place. Of course, we had a logical reasons in Abu Dhabi to help Peterhansel when he shucked in sands – he is our team-mate, and we acted according the principle: “Today I help him, tomorrow he will help me”! I understand that both Peterhansel and Schlesser are my main rivals and they are close to me in classification but Stephane will not start in all events of World Cup, because his main purpose is to work with Mini All4 Racing for improving and preparing it for “Dakar 2012”. Schlesser is more dangerous rival, he is skilled and talented pilot and his priority is to fight for champion title this season. So I think our battle will be really serious and exciting.

Schlesser and you will meet on a start-line very soon in Tunis on 3rd stage of  FIA World Cup 2011. How do you prepare for this race and what car you will race on?

L.Novitskiy:«Rally “OiLibya de Tunisie” is very interesting and difficult race, therefore we prepare for it seriously and responsibly. I will participate in this race on my car BMW X3CC which passed through pre-starting preparation in workshop after Abu Dhabi. The time before Tunis is too short, so there will not be any new setting or technical changes in our car. The primary goal until the start is a physical and psychological preparation. For me, race in Tunis morally is still difficult, because we had some sad episodes in our practice, therefore the psychological aspect is very important. Last year the race for us was also not going in the best way. We were in the lead, but at the third stage had navigation problems with Schulz and have lost almost an hour for searching the right way. It was really hard to back this time and we finished only on third overall position. I hope that this year we can improve the last year’s result and win anniversary race in battle against our main rival – Jean-Louis Schlesser. Organizers, unfortunately, have reduced the general extent of a route both in number of stages and in a distance, special stages became shorter, and it may help Schlesser to cope with physical activities much better. Route details don’t completely open a scheme of tracks and surface covered, therefore how much this race will approach more for Buggy or for our car we will understand already there. From our part we will do everything to show a good result. 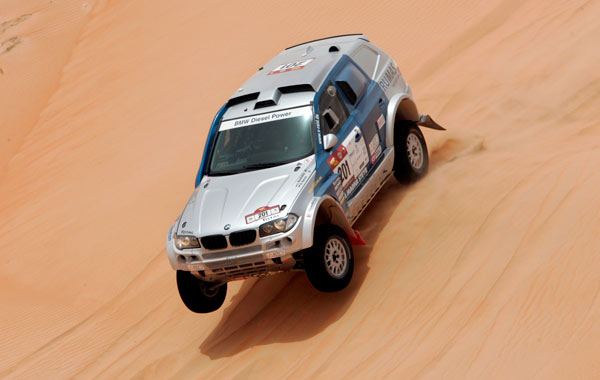 What do you think about the safety of race this year, considering the  situation in Tunis?

L.Novitskiy: In questions of the organization and safety I completely trust the Organizers which run up this race for 30 years! They have experience and good reputation in world cross-country and it is assured that the safety plan is in details worked and that all guarantees received from Tunis, will work without failures.

What is your plan after race in Tunis?

L.Novitskiy:  “I am planning to come in Sardegna Rally Race to support Stephane Peterhansel and my countrymen starting in this race and after we will work hard with the team for “Silk Way Rally 2011!”

Thanks for interview, Leonid and good luck to you! 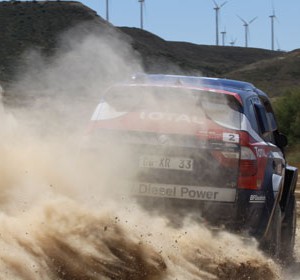 Baja Spain 2011 will open today, April 20th, it´s inscription period for all the categories, which include cars, bikes and quads,...
Copyright 2011-2016 Rallyraid.net - RISE Network. All Right Reserved.
Back to top