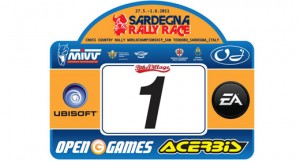 The “Costa Smeralda” will be, in less than one month, the center of the Sardegna Rally Race, third round of the Cross Country Rally World Championship. Scrutineerings and the start of the first stage are scheduled on 27th and 28th of May, in Porto Cervo, and the Rally will go around Sardegna with a total of 1.700 Km in 5 stages between Alghero, Sa itria, Arbatax and Orosei, until the conlusion in San Teodoro the 1st of June.

The sportive scenario is simply unbelievable. The Bike Village’s Rally will be another time the theatre of the great defy between Marc Coma and Cyril Despres, the two most impressive bikers in the World who will cross their 2011 route only during the Sardegna Rally Race. The Frenchman has won the first two edition and the Spanish, World Champion for four years and last winner of the Dakar and Abu Dhabi, will look at a second consecutive victory. But the Sardegna Rally Race is not only the revenge after the Dakar and is not only a two player’s match. Never like this year, the outsiders are ready. For a moment we will not consider the Italian champions as Matteo Graziani, Andrea Mancini and Paolo Ceci, better italian in Abu Dhabi, because We want to focus on the other nations “Stars”. 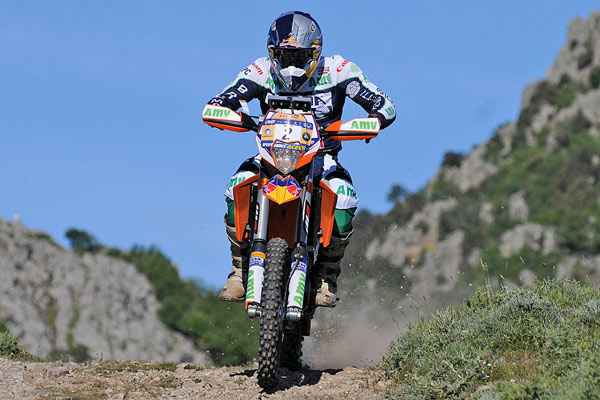 Francisco “Chaleco” Lopez, as said his Team Manager Filippo Assirelli, give us a promise to cancel the unlucky 2010 edition in this rally that is consider as the “University of Navigation”, and to come back with the Aprilia Rally on the top. Jakub Przygonski, leader of the polish team with Jacek Czachor and Marek Dabrowski, will “attack” another time the World Title he missed last year, just few points behind Coma. Third in the Dakar, second in Abu Dhabi, Helder Rodrigues showed the most impressive evolution during the last year, and the very technical tracks of Sardegna Rally Race could be the opportunity to bring the Portuguese on the higher level of the podium. There is also a lot of expectations for the official entry of Frans Verhoeven and David Frétigné (even if they didn’t fixed yet some budget problems). The frenchman has rode in  the Emirates after his crash during the preparation for the Dakar and never went to the Bike Village’s Rally, but he could be able to make the difference. Always riding a Yamaha (this time a 250 WRF), Stéphane Peterhansel choose the Sardegna Rally Race to come back at competition for a one-shot challenge. His fantastic entry at the race increase the interest, suggesting an unbelievable confrontation between the Hero of a generation of African Rallies and the actual champions. To finish this presentation, the former Motocross World Champion Andrea Bartolini could come with his fantastic technical ability. 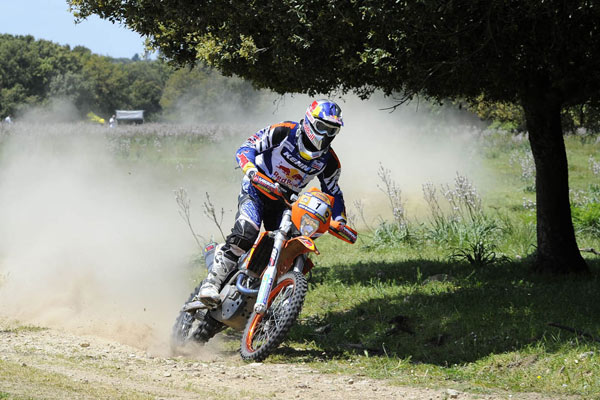 These are some of the sportive aspect of this so exclusive challenge. The fourth edition of the Sardegna Rally Race will be one more time the Dream of a perfect World Championship. From May 27th to June 1st. 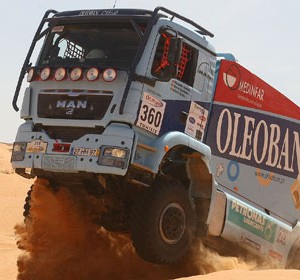 The MAN TGS from Team Oleoban / MAN Portugal, driven by Elisabete Jacinto, is back to great cross-country international competitions....
Copyright 2011-2016 Rallyraid.net - RISE Network. All Right Reserved.
Back to top