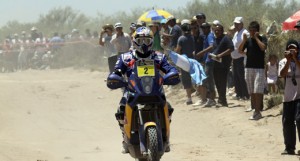 The Sindicatura General de la Nacion, an Argentine organisation responsible for auditing government initiatives, has published its report concerning the economic benefits generated by organisation of the Dakar. It announced that these direct and indirect benefits (stemming from increased economic activity), reached a total of US$ 279.5 million. The occupancy rate of hotels along the event’s route was estimated to be 81%, with some towns and cities such as Jujuy, La Rioja and San Juan boasting a rate of 100%.

The approximately 3.4 million spectators who came to see the start, watch along the route or experience the finish of the rally’s Argentine stages, combined with the 2,500 people who made up the Dakar caravan, enabled this spectacular boost in economic activity to take place.

The value of the tourism promotional campaign resulting from coverage by 70 television channels in 190 countries who broadcast 1,200 hours of programmes, was estimated to be US$ 448 million. 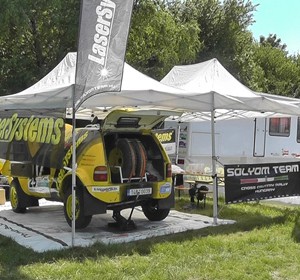 Sólyom Team’s HAWKIA arrived from the roadworthiness test in the Czech Republic to Kapuvár with a damaged engine. It turned...
Copyright 2011-2016 Rallyraid.net - RISE Network. All Right Reserved.
Back to top