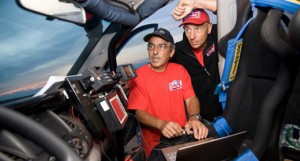 Halfway through the first phase of reconnoitring for the Silk Way Rally 2011, Jean-Pierre Fontenay and Gilles Picard, the two men in charge of the road-book, explain the art of this peculiar exercise which they undertake everyday and give a glimpse into what awaits the competitors this year.

After his 26th Dakar, alongside Spaniard Nani Roma last January, Frenchman Gilles Picard decided to put his career on hold to reunite, for the duration of reconnoitring, the winning team of the 20th Dakar in 1998, with Jean-Pierre Fontenay. “It’s great to meet up again! That said, the reflexes don’t take long to kick in, since we drove for 5 years together”, says Gilles Picard, also a winner in 2006 with Alphand. “We shared thousands of anecdotes, so whilst we are driving, they often come swimming back from our memories and we have a lot of fun. It’s a different way to approach the race, with the time to take stock and analyse the terrain in detail, as well as appreciating the beauty of the landscape and friendliness of the people”. 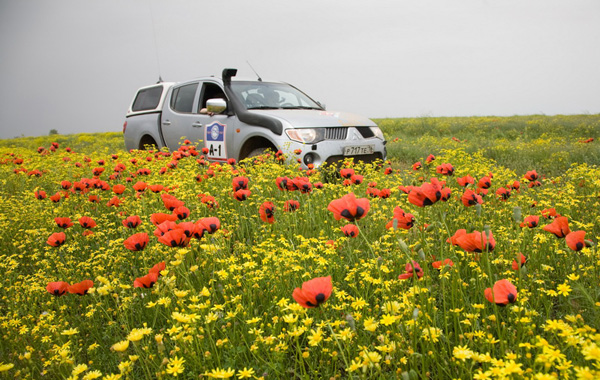 “It’s all going really well!” adds Jean-Pierre Fontenay. “It’s our 3rd consecutive year with the team here and now everyone knows just what they need to do. As for Gilles, I’m not in the least bit surprised by it, but he’s adapted perfectly to the exercise. What’s more, we are a perfect foil for each other, because although as a racing crew we formed a single unit, in reconnoitring we talk a hell of a lot in the cockpit. Gilles has the vision of a factory navigator, meaning that even at slow speeds he is assessing the terrain with the eye and driving speed of the best crews. As for me, since I retired from competition in 2003, my mind is more focused on the gentlemen and amateur drivers. This has helped us to draw up a very balanced and coherent road-book”. 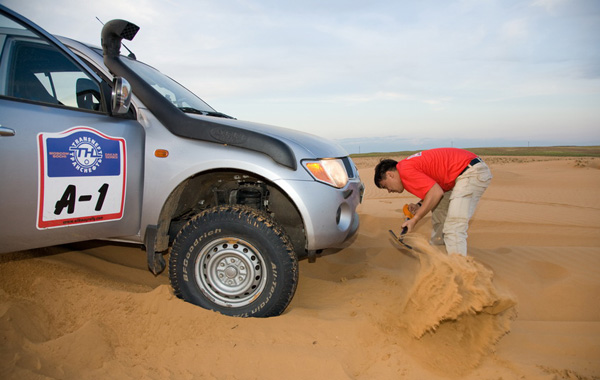 “In practice, reconnoitring is not really a case of discovery, since I have done a lot of opening the road,” points out Gilles Picard. “Of course, the work isn’t the same, but it’s quite close. What’s more, I was brilliantly briefed by Stéphane Le Bail, especially concerning the rather particular way in which the GPS that we use works. In fact, I’d have to say that it is really excellent: simple, rational and efficient, leaving you almost enough time to admire the passing landscape on the other side of the window”. 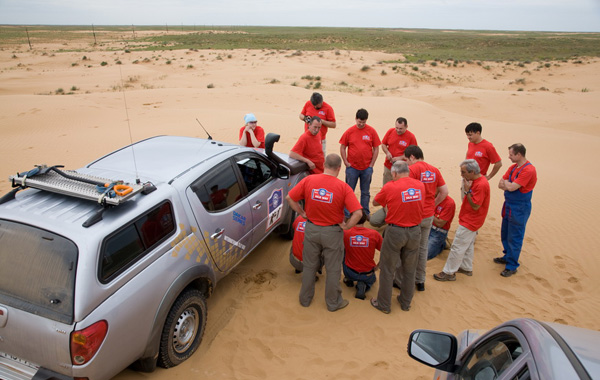 “As always, I don’t want to give too much away about the route,” concludes Jean-Pierre Fontenay. “But on the 3rd, 4th, and 5th stages, which took us a week to reconnoitre, we crossed a wide variety of terrains, but mainly stone-free ones. I only got a puncture once, by stopping on an old piece of iron debris! Other than that, it’s merely vegetation, a significant amount of sand and flat steppes, without a single tree as far as the eye can see. An endless horizon, but from which you can suddenly come face to face with a chain of dunes, in the middle of the foliage. This permanent variety is great fun when you’re behind the wheel. In any case, the participants have cause to be happy: like us, they will have the time of their lives!” 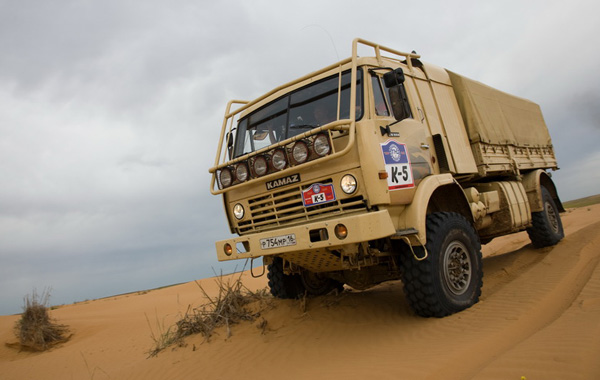 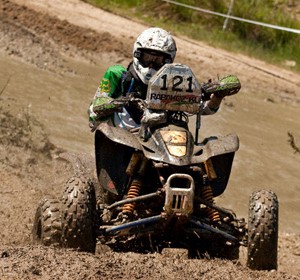 During the second weekend of May, III. Admiral Rábakóz Kupa took place in city of Kapuvár, Hungary. It was the first round...
Copyright 2011-2016 Rallyraid.net - RISE Network. All Right Reserved.
Back to top