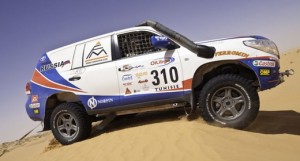 After the important decision of FIA to return the T2 Cup in World Cup serie, the interest to this category was increasing and during the first three rounds of FIA World Cup 2011 the 24 crews in total participated in races on “production” vehicles T2.

Russian pilot Ilya Kuznetsov was one of them. He joined the TOP Run Racing team and drove the Toyota Land Cruiser 200. Top Run Racing is well-known in motorsport, but mostly in circuit and rally. In cross-county the team is presented only for 2 years with a strong performance and  competitive car prepared for T2.

This season can be very successful – after three round of FIA World Cup Russian Ilya Kuznetsov is leading with 92 points ahead of both Rosso Laurent (50 points) and Rosso Joseph (36 points).

I.Kuznetsov: “We are happy with the first part of the FIA World Cup and our results. The first race in Italy was really difficult for us. The car was totally new for me, its specification and size was not the best one for fast, twisty and narrow Italian tracks, so it was a big job to finish on 3rd place in T2 among the 11th competitors.
In Abu Dhabi we passed through a hard sands and dunes in extremely heat and reached the finish on 4th place. Finally, we won the anniversary race in Tunisia in T2 category. We did our best to get the finish line because the route includes a lot of traps and difficulties. The team was working perfectly, the car prepared in high level and my co-pilot was doing his job very good. Before the second part of the World Cup we will take part in “Silk Way Rally 2011” and after try to keep our leading and win the World Cup title in T2». 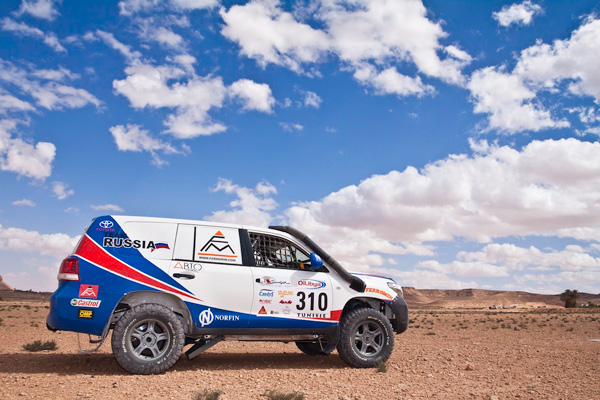 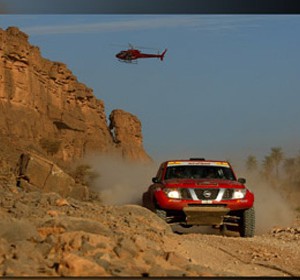 The AFRICA ECO RACE ® fourth edition entries are now opened and fees are available on the website www.africarace.com. Real...
Copyright 2011-2016 Rallyraid.net - RISE Network. All Right Reserved.
Back to top