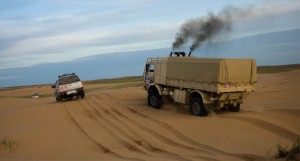 With a month and a half to go until the race kicks off in Moscow, over 100 drivers have already signed up for the Silk Way Rally. This figure far exceeds the 71 crews who started the race in 2009. And it just keeps growing!

They have had enough time to make up their mind. Many Dakar racers were interested in the first two editions of the Silk Way Rally, but only followed them from afar. This year, they have decided to take the plunge and explore Russia to round off their preparation for the Dakar. Tempted by what they heard in Argentinean and Chilean bivouacs or by this year’s change of date, these drivers are setting course for the dunes of the Kalmykian desert, having already got a taste of the sands of the Atacama. French, Italian, German, Belgian, Dutch and even Colombian crews are taking to the Russian steppe in great numbers, giving the Silk Way an even more international flavour.

The massive interest of the rally-raid world has been obvious since the 3rd edition’s route was announced. But it has only been made official this week: the 100 vehicles barrier has been broken, which makes the Silk Way the 2nd biggest rally, second only to the Dakar. It could even give rallies open to motorcycles a run for the money! Moreover, the number of entrants should increase even more thanks to registration forms which still have to be completed. Such a strong field guarantees that there will be fierce competition for both the final crown and the different categories. 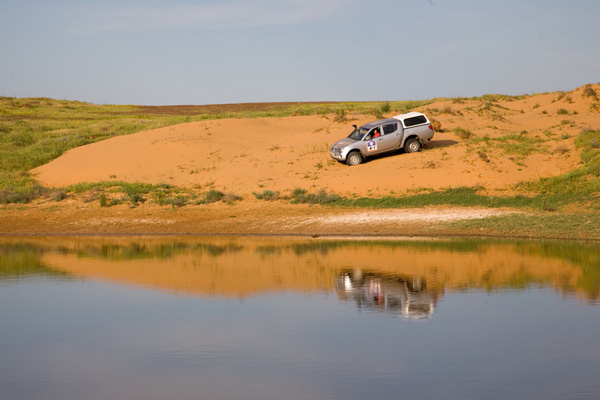 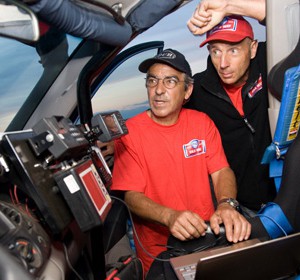 Halfway through the first phase of reconnoitring for the Silk Way Rally 2011, Jean-Pierre Fontenay and Gilles Picard, the two men in charge...
Copyright 2011-2016 Rallyraid.net - RISE Network. All Right Reserved.
Back to top