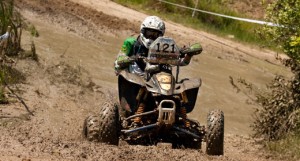 During the second weekend of May, III. Admiral Rábakóz Kupa took place in city of Kapuvár, Hungary. It was the first round of FIA Central European Zone Trophy, Czech and Polish international championship and Cup of Slovak Republic. Slovak Raid Adventure Team put two crews on the starting line, Juraj and Daniela Ulrich’s were defending their production car class title, their daughter Sandra started in quad category.

A twenty six-strong field came together in car category, six of them in T2 class. The organizer left out a prologue this year and send all competitors directly on the first, 30-kilometers long selective section. On this SS Ulrich’s set eleventh fastest time. They moved one place higher after one of their rivals was penalized. Amongst sixteen quads and motorbikes Sandra was eleventh as well. Unfortunately, she lost her only female rival on this very first section.

A good progress of a car crew was slowed down by a broken front differential gear. As it was not possible to repair it, Ulrich’s were forced to compete all day just with rear-wheel drive. It was a huge setback on rough and muddy Hungarian tracks. Only driving skills and in-depth knowledge of the car helped Slovak pair to deal with this difficult situation. Another disappointment came later in the evening when fifteen-minute time penalty was added to their time. Like most of the starting field, also they missed secret GPS point. After Saturday they were placed sixteenth. 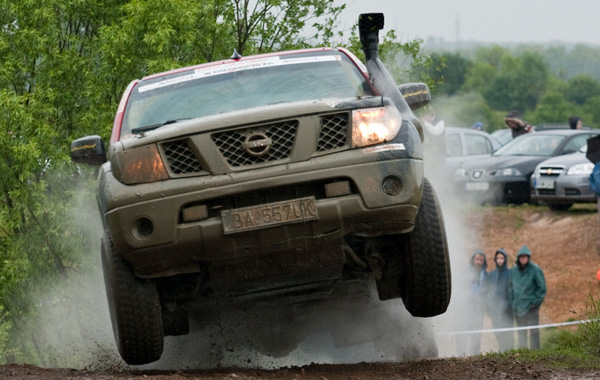 Sandra had a better day, even though she too got the same penalty. But it haven’t changed anything as everyone in quad race got it. Sandra took full advantage of her quad-cross experience on a bumpy and rough tracks which helped her to eliminate a bit the lack of power of her machine. After completing five SS she stayed on eleventh place.

Sunday morning was rainy and cold which made the tracks even more demanding. Juraj and Danka were struggling with wounded car, yet they managed to beat their own time on one of the SS. Unfortunately, due to technical issues they weren’t able to defend their last year’s title and finished fourth in T2 class and fourteenth overall. Sandra fought bravely with the track, the weather and rivals on her longest rally up to date. Her reward was eleventh place overall. But more importantly, she held all the rivals in Czech championship behind and hence she is the current leader. For the very first time a woman is leading the Czech championship. 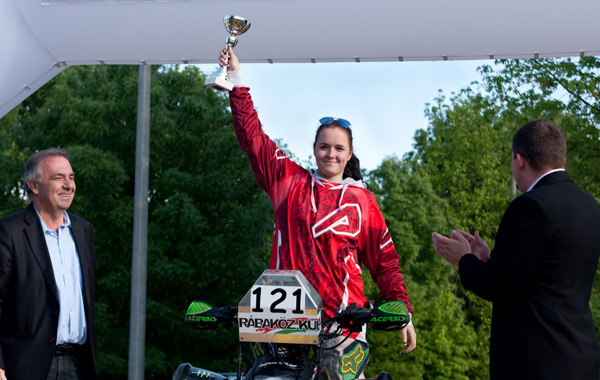 For the very first time a woman is leading the Czech championship.

Juraj and Danka will now prepare for their season’s peak. They will be the first ever Slovak crew to start on famous Silk Way Rally, 4.000-kilometre long rally from Moscow to Sochi. Before that, they will support Sandra on her next rally, Baja Carpathia in Poland. 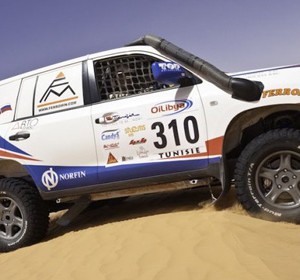 After the important decision of FIA to return the T2 Cup in World Cup serie, the interest to this category was increasing...
Copyright 2011-2016 Rallyraid.net - RISE Network. All Right Reserved.
Back to top