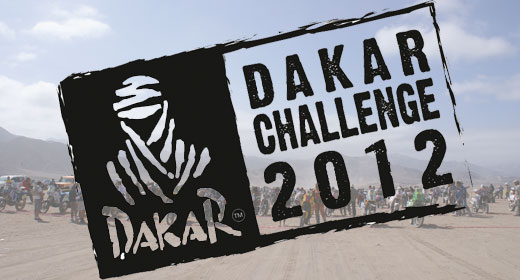 On the Rallye des Pharaons 2011, between 3rd and 8th October this year, a motorcycle rider will win a place on the Dakar, on the condition of winning the Dakar Challenge. The latter is dedicated to discovering promising riders and giving them a chance to demonstrate their skill in the most important of rally raid events.
A first challenge awaits these riders. Motorcyclists registered on the Rallye des Pharaons are entering a demanding event, with six legs and a total distance of close to 3,000 kilometres on the programme.

Getting through all of the tracks and dunes of Egypt is already a considerable endurance test. Indeed, for many it represents a major success in itself. But rally raid enthusiasts nevertheless cultivate the desire to test themselves on the Dakar experience.

It sometimes takes a long time to put in place the possibility of realising this ambition, which in any case requires maturity. However, the Dakar teams have decided to work in partnership with the Rallye des Pharaons in order to organise a Dakar Challenge, whose winner will be invited to take part in the Dakar 2012.

In order to give priority to the discovery of talents, the Dakar Challenge will be reserved for amateur and often beginner riders (*).

They will then vie between themselves “behind the handlebars” throughout the week of the competition. Only the participant who comes highest in the general ranking amongst the participants in the Dakar Challenge will be rewarded.

(*) Conditions of entry: never to have taken part in a Dakar nor to have appeared amongst the top 10 competitors in an FIM cross-country rally. 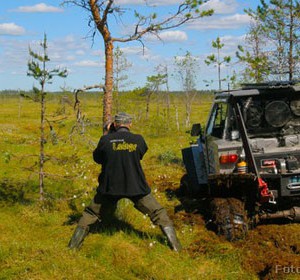 It’s in the eyes… that’s how you can tell who has done the Ladoga Trophy before and who is a swamp virgin. Wondering...
Copyright 2011-2016 Rallyraid.net - RISE Network. All Right Reserved.
Back to top