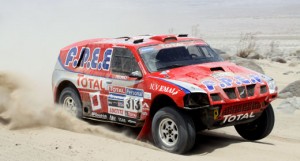 Frustrated at not having driven since the last Dakar, which he finished in a fine 10th position, Christian Lavieille has taken advantage of the development of a new Dessoude buggy to renew acquaintance with competition, thanks to the Silk Way Rally. Even though it will be a voyage of discovery for his first time in a two-wheel drive, as well as a real chance to burn-in the vehicle in racing conditions, the former biker still harbours genuine ambitions.

“It’s a case of André Dessoude and myself sharing goodwill”, specifies Christian Lavieille. “He asked me to drive the team’s new buggy for its first race and since I was dying to get back to racing again this year, we soon came to an agreement. The car is still in the process of construction. In fact, though we have planned to do a test session, we might not have the time in the end. It has the same basis as Isabelle Patissier’s buggy, with some modifications, especially as far as the suspension is concerned, but more importantly it’s now driven by a BMW turbo diesel engine. For the fine-tuning, the Silk Way Rally will be perfect, because nothing beats racing. And as for me, as a driver, I always need to be driving”.

“Of course it’s a real challenge, because not only do we have a brand new car, which will undoubtedly encounter some teething problems,” continues the three times winner of the Bol d’Or, “but I’m going to find out what it’s like to handle a two-wheel drive vehicle, especially in the sand. In such conditions, I’m not going to set myself any specific goal, but I always set off with the aim of doing as best as I can. After finishing as the best placed privateer on the last Dakar, as a minimum I’d like to do just as well on the Silk Way Rally, even if I don’t know the buggy as well as my Proto”.

“Isabelle has proven that the buggy has been well designed, with an engine that is now much more powerful. I know that this machine can be a formidable proposition,” concludes the winner of the 1996 World Cup in the Marathon category. “Even if it’s a bit difficult to look ahead to the future since we’re starting from a blank page, we’ll probably really need to do so on this race. I hope I don’t have too many problems, but I must admit that the Silk Way Rally has never been a great source of happiness for me, seeing as I had to drop out of the first two editions. That said, I’m delighted to be back, because I really like the terrains that we’ll be tackling and it’s always perfectly organised, which goes a long way to making it a real pleasure”. 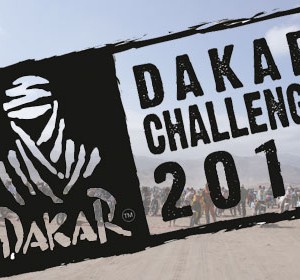 On the Rallye des Pharaons 2011, between 3rd and 8th October this year, a motorcycle rider will win a place on the Dakar,...
Copyright 2011-2016 Rallyraid.net - RISE Network. All Right Reserved.
Back to top