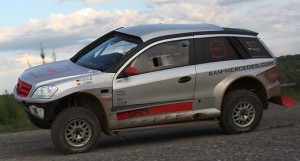 The – like “Volkswagen” and “X-raid” – German based SAM09 GmbH&Co.KG was founded in the middle of 2009. The most important part of the manufactory is to produce high performance SUV-cars and specially cars for the off road motorsports. The project “SAM 35CC” starts in the early 2010 with the first steps of design and engineering. Not less than eight months later the roll out of a complete constructed rally raid car that bases on a tubular frame was done and the testing began.

So for example the SAM-Mercedes 35CC is equipped with a serial Mercedes petrol engine (3.5 l, 300 HP) to keep the maintenance costs down.
The transmission is a sequential 6 gear with a front and rear differential of SADEV.

Besides the technical goods like the Reiger Suspension and the Carbon chassis another special point of the car is the driver compartment. We find it most important to give the driver lot of space so even tall drivers with 2m height feel after a day in the stage confident in the cockpit. The all-around visibility is also given by special build doors and a good driver position within the car. 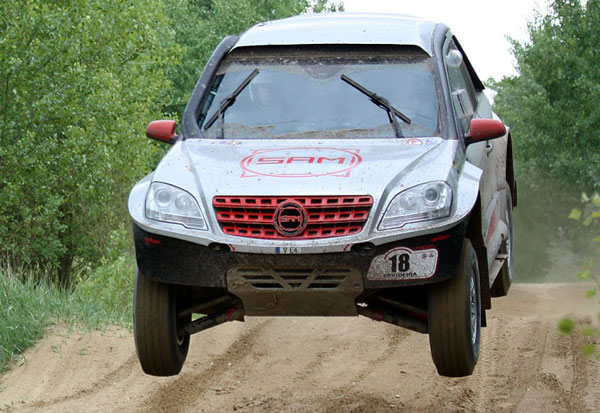 The car performs like a factory race car, but keeps also the costs for the privateers in a feasible range. That’s the main target of the development of the SAM 35CC: to give also private teams the opportunity to win races with a very competitive car.

From the first steps on the car worked very well and the test-driver, sevenfold German rally champion and Dakar-Class winner Matthias Kahle was satisfied at all. He said after the first tests: “For the first drive we try to push as hard as we can, but the car goes through every rough underground that we get very easily and without any problems.”

With the experience of first events and tests the team started at the Italian Baja 2011, the opening of the FIA Cross Country World Cup. We were very proud to finish in this important race as third overall, right behind much expired teams like G-Force and X-raid.

SAM is now to start the launch of the SAM 35CC with three different models: The basic model “First edition” is a raid car “ready to race” with the special price of 250.000 Euros. Furthermore we present the models “Baja” and “Marathon” which are equipped with some useful goods for the events in Baja or Marathon sports. The model “Baja” is the pure race machine and has for example an ignition cut and a high performance Reiger suspension as standard equipment ex works. 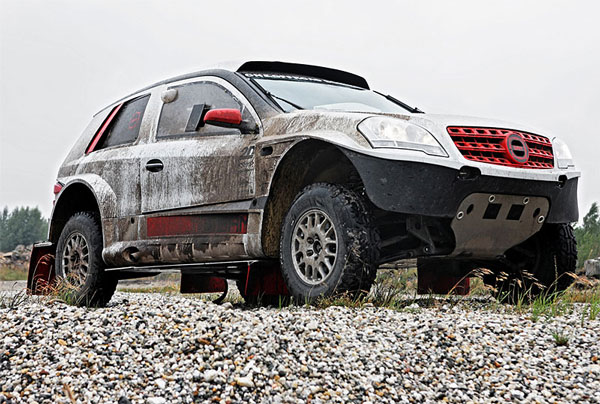 The model “Marathon” has a bigger fuel tank and a “quick release package” on board. So every SAM 35CC has its special equipment but you may also choose your personally car for your special requirements out of our options list.

Sven Knorr, CEO of the company said: “In my opinion it’s an unbeatable offer for a rally raid car like this. Our customers are best prepared for the upcoming new FIA regulations in article 285/2010 /2011 and article 286/2010 /2011. For the first step it’s a basic model named “First Edition” available, but you can also choose between the models “Baja” and “Marathon” or pick up your special equipment out of our options list.”

As special offer the company based in Germany invites one of your mechanics to assemble the car within the workshop of SAM. To set the car with together with the crew of SAM should be the best way for your assistance to get the knowledge of every part and equipment of the new build car.

For more informations please visit the official website at  www.sam-mercedes.com 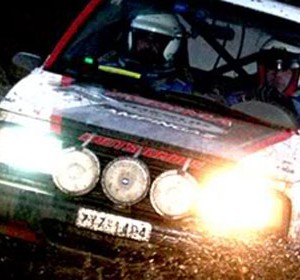 A 24 Hour Off Road competition event for off road vehicles. It is held in central Greece, few kms from Athens. This is the 8th year...
Copyright 2011-2016 Rallyraid.net - RISE Network. All Right Reserved.
Back to top