Silk Way Rally: All aboard! 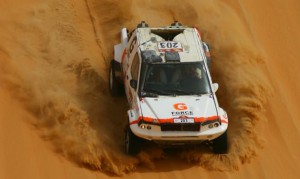 After two editions that have established the Silk Way Rally as the biggest motor sport event in the whole of Russia, the Dakar Series race is continuing its successful development this year. Less than a month from the start, enrolment is set to close, after having received 120 applications from 25 countries. As a result, the event is the largest in the discipline after the Dakar (excluding motorbikes). What’s more, it will enjoy identical television exposure with images broadcast in more than 190 countries.

Going back to the race’s history books, the Silk Way Rally came into being in 2009, organised by the founder and manager of the KAMAZ-master team, Semen Yakubov. The pioneers set off from Kazan with Achgabat as their goal. In 2010, a series of five years dedicated to the 22nd Winter Olympic Games was inaugurated, with a route starting out in Saint Petersburg and finishing in Sochi. For the third act, the change of date will provide a showcase for the Russian summer, on a route between Moscow and Sochi, from 9th to 16th July. The announcement of this innovation was accompanied by renewal of support from Prime Minister Vladimir Poutine, who appointed the deputy Prime Minister and Chairman of the Russian Olympic Committee Alexander Zhukov as Chairman of the Silk Way Rally organisation team. The lead sponsor of the project run by Semen Yakubov is once again Transneft. Furthermore, the French sports event organisation company A.S.O., which organises the Dakar, supports and participates in preparation for the Silk Way Rally.

The months of work leading up to the race were especially focused on reconnaissance, which was completed during the month of May. The sketches mapped out last autumn by the team of Executive Director Sergei Gyria were adjusted during the weeks spent in the field by, amongst others, experts such as Jean-Pierre Fontenay and Gilles Picard, former winners of the Dakar. The route is more compact and as a consequence promises a more intense race from a sporting point of view. The distance to be covered has been reduced by approximately 600 km, but the total amount of timed sections has increased by precisely 600 km! In this relentless series of stages, the most spectacular sequence of the week has been programmed for the Astrakhan-Astrakhan loop stage on 13th July: the 400 km on the map could feel like twice as much for the most tired crews. Beforehand, the drivers will have been measuring themselves up against each other on the quick and unpredictable tracks between Moscow and Lipetsk, then on the sands of Archedinsk between Lipetsk and Volgograd. They will then continue navigating between steppes and desert, before finishing with a thrilling special stage that will take place in the magnificent setting of the Caucasus Mountains, where the ability to drive through fords will be severely tested. All the finishers will be welcome to attend the prize ceremony and gala dinner at the seaside resort of the host city for the 2014 Winter Olympic Games. 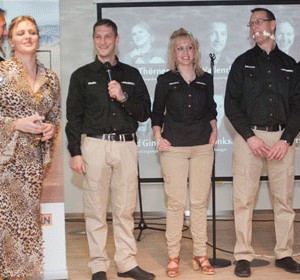 The Swedish Pewano-team desert enthusiast Pelle Wallentheim has died after a short illness. The project with Volvo Cars of the Dakar...
Copyright 2011-2016 Rallyraid.net - RISE Network. All Right Reserved.
Back to top