Central-European competitors used to achive good results on Dakar rallies, but Silkway was not on target for them – until now. This year there will be some newcomers and experienced pilots also on the starting line of the Dakar-series event organized in their eastern neighbourhood.

The best year of Dakar for Hungary was 2005, when all the started crews (4 cars, 2 bikes, 2 trucks) could arrive to the finish by Lac Rose. After the economic crisis the number of Hungarian competitors on the biggest internation cross-country race fell down on 1 or 2 teams. On Silkway it was László Liszi the one and only competitor last year, but in 2011 the defending Hungarian champion Balázs Szalay will enter the race. The last time he has competed in desert, among dues was in January 2009. “I heard from the fellow competitors that the Silkway is a great race, so I cannot wait to be there at the start. As we learned top teams will participate, therefore it will be a great challenge before the Dakar and it will reflect how much we can develop and how we really stand among the world’s best racers” – said Szalay. Even a Hungarian truck will go to Russia to see its power behind the Kamaz crews. Miklós Kovács is excited to try his Scania on the steppes. “Our year started without success, after a huge jump on a dune in Morocco we broke the axle of our truck. I hope for a better continue on Silkway and try to battle with the best competitors for a good result.”

This year the Hungarian, Slovak, Czech and Polish national rally-raid championship have 2 events together, so the teams already know each other. Even the Czech Miroslav Zapletal (finished 7th on Dakar rally) was a Hungarian champion two years ago, so they fight against each other not for the first time. Mirek bought a BMW X3 from X-Raid this year and finished on the 4th place in Tunisie with it. He hasn’t decided yet if he can participate in Russia with his new car or with the Mitsubishi Strakar. “I was on the first Silkway in 2009 but unfortunatly we had problems with the engine and had to give up. I hope this year I can turn back to Russia to have a good result” – said Miroslav. Other comepetitors from Czech Republic will be Josef Pelc and his wife on the right side with a Hummer H3, and Zdenek Sládek with an other Hummer built by the OffroadsportCZ team of Zapletal. 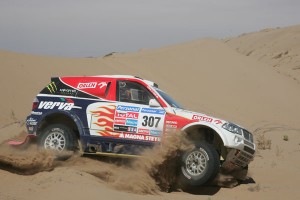 Poland owns now the world champion title, Krzysztof Holowczyc was the winner of FIA Cross-Country Bajas in 2010 and he was also 5th twice in the Dakar (2009, 2011).. „I have never race in this region of Russia, when the Silkway route is planned, but I had an opportunity to challenge that country’s terrain. It was in a different, winter scenario. Silkway will definitely be an interesting experience and will bring lots of unknowns. For us this rally is pre-Dakar test. It will be long and difficult competition. Thanks to the engagement of my sponsor – PKN ORLEN I will have an opportunity to ride again BMW X3 CC in the highest available specification prepared by X-Raid Team. For sure the team will prepare us well. We made some construction changes in the car and improved load centre. We are improving suspension and I think that the car will be faster than during Dakar 2011”– said Krzysztof Holowczyc, competitor of ORLEN Team. 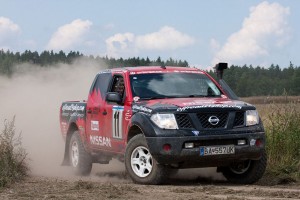 Juraj and Danka Ulrich, double national champions and winners of 2010 FIA CEZ T2 Trophy, will enter Silkway Rally 2011 as the first Slovak crew ever. It is also for the first time that Slovak car crew will race in any of Dakar Series rallies. Their main goal is the finish the rally on the first attempt. It will be hard as they will race with production class car, which is more or less showroom car with some minor adjustments, focused especially on crew’s safety and they will be supported by just one service car. 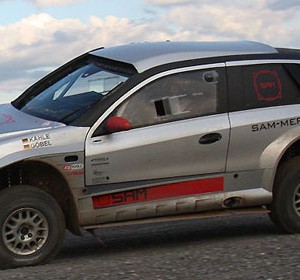