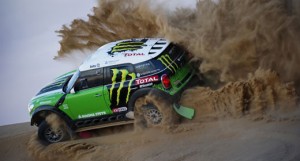 There are still six months to go before the start of the 2012 Dakar Rally at Mar del Plata in Argentina, but the Monster Energy X-raid team’s preparations are already in full swing. The Trebur-based team’s support trucks are currently loaded and the team will tackle the Silk Way Rally between Moscow and Sochi on July 9th-16th. Sven Quandt’s team has entered one MINI All4 Racing and two BMW X3CCs for the event, which starts in the Russian capital’s famous Red Square.

The French duo of Stéphane Peterhansel and Jean-Paul Cottret form the crew for the MINI All4 Racing. Poland’s Krzysztof Holowczyc and Belgian co-driver Jean-Marc Fortin drive the first of the two BMW X3CCs and the Russian duo of Alexander Mironenko and Sergey Lebedev join the X-raid line-up for the first time in a second BMW X3 CC. The Russian crew finished the 2010 Silk Way Rally in seventh overall.

The third Silk Way Rally gets underway in Moscow’s Red Square on Saturday, July 9th. From there the route heads via Volgograd to Astrakhan on the Caspian Sea. Beforehand, crews must overcome the sand and dunes of the Kalmyk desert. The route then heads towards Sochi, the host venue for the 2014 Olympic Winter Games, and arrives at the Black Sea city on Saturday, July 16th. Crews will tackle seven stages and nearly 3,000 kilometres of which more than 2,400 km will be against the clock. “Our goal is clear. We want to win the 2011 Silk Way Rally,” said Monster Energy X-raid team boss Sven Quandt. “In addition, it is an important test for the Dakar Rally in January.

“The route offers us different terrain and different surfaces, making it the perfect preparation. Stéphane and Krzysztof certainly will be fighting for the top positions. For Alexander, it is primarily of importance to get to know our team. But one should not underestimate him. He showed a good performance at the Silk Way Rally last year.” 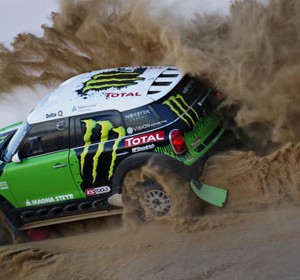 The general consensus is that if you take away manufacturers with their multi-million dollar development budgets and household...
Copyright 2011-2016 Rallyraid.net - RISE Network. All Right Reserved.
Back to top