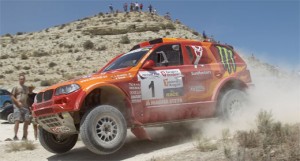 The Monster Energy X-raid team travels with the Russian-German duo of Leonid Novitskiy and Andreas Schulz to this weekend’s Baja Hungary, the fifth round of the FIA World Cup for Cross-Country Rallies. Novitskiy currently leads the series from closest French rival Jean-Louis Schlesser.

The Russian and his German co-driver have taken part in all the events so far this season in the FIA calendar and lie well clear of their nearest rival in the championship standings. Novitskiy has led the series since the Abu Dhabi Desert Challenge in April and will be hoping to secure his second win of the year in Hungary, as well as extending his lead in the FIA World Cup.

The Baja Hungary starts on Friday, August 26th with a timed super special stage. The remainder of the event takes place on Saturday, August 27th and Sunday, August 28th over seven special stages. The route will take the X-raid crew around the city of Gyor, around 20 kilometres from the capital Budapest, but event organisers have been forced to move and shorten the route because of recent heavy rains.

“Leonid certainly has a good chance of winning the Baja Hungary,” said Monster Energy X-raid team boss Sven Quandt. “However, he will not take any unnecessary risks. Every point is important for the defence of the title. “
Foto: Miguel Ferrer – Ferbis Press 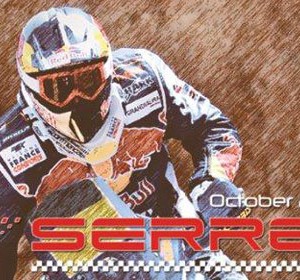 The Town of Serres will welcome the 2nd round of the European Championship Cross Country Rally Raid for the 2011 season....
Copyright 2011-2016 Rallyraid.net - RISE Network. All Right Reserved.
Back to top