“It was more difficult than we expected.” With these words husbands Juraj Ulrich and Danka Ulrichova, the first Slovaks ever to race on any Dakar Series race, summarized their debut on Silk Way Rally. Despite many problems they managed to finish difficult race from Moscow to Sochi, a city where 2014 Winter Olympic Games will take place, with honor. They finished on the 31. position and took the third place in T2.2 (production cars – diesel) class. It was quite a successful debut.

Co-driver Danka Ulrichova experienced first big surprise right from the beginning. The road book was very precise and extensive, with many short sectors. “Not only navigation but concentration as well was demanding during such a long and fast stages,” told Danka. “At the same time as I was reading the notes, I had to operate all necessary equipment, check our speed and signalize overtaking to slower cars. This sometimes was almost impossible due to a lot of dust, not just once we had to stop and wait till it settled down.” 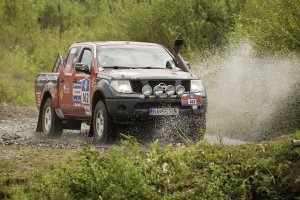 The heftiness of Russian race overcame expectations of team’s pilot Juraj Ulrich. “We watched Dakar rally and races of Dakar Series throughout the years, gathering all available information. But reality was far more difficult than we thought it would be,” stressed Juraj. “As early as in the second stage the third gear of our transmission gave up a ghost and because of regulations of our group we were not allowed to change it. So we had to take the rest of the rally with corrupted transmission,” he described the most frightening part of the race. “It was very hard in the dunes, we were getting stuck more often than we would like to, the engine was overheating. At the end we finally stood still with an empty tank. On a fuel station we filled up just air instead of diesel fuel.”

Because of all these problems they haven’t reached the finish of the second stage in scheduled time and got 4-hour penalty. They learned the severity of night driving when navigation was far from being easy. Danka: “You cannot navigate in the night because you don’t see any orientation point. Dozens of cars are crisscrossing the place, lost completely. Up until now we knew this only from TV, now we know what it is like.” 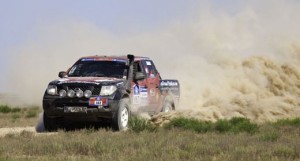 A bit surprisingly they liked the longest, 621 kilometer long stage from Astrakhan to Stavropol, the most. Juraj: “It was a typical Dakar stage – long with many variable and different sections. With transmission being defected the engine was overheating and we had to dig the car few times. But we were not the only one, even an actual winner Krzystof Hołowczyc had to do it.” Slovak crew was kindly surprised by the solidarity of their rivals. Danka: “Every time we stopped even for a while, soon somebody stopped by to find if everything was alright. We acted the same way, once we helped some crew to search for their lost wheel.”

Juraj and Danka have only good memories on organizers and fans. Thousands of people were standing along the track, waving, shouting and cheering up all competitors. But Sochi itself hasn’t impressed them much. Juraj: “It is obvious that Russians still have a lot of work to do before the Olympics and traffic seems to be the biggest problem. The roads to Sochi are insufficient, there are lot of traffic jams. The final 300-kilometer long liaison from Maykop to Olympic village took us incredible eight hours.” 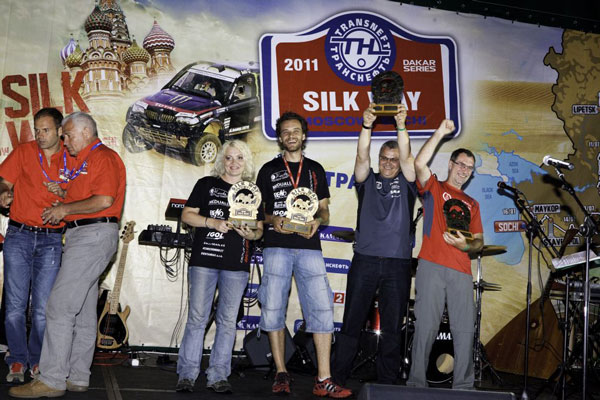 After their first big rally, the members of Raid Adventure Team are already thinking of taking part in Silk Way Rally again next year. The nearest race they will enter is Baja Poland in September, the fourth round of FIA Central European Zone Trophy, where they will again meet legendary Stéphane Peterhansel, Silk Way Rally winner Krzystof Hołowczyc and many of their usual rivals. 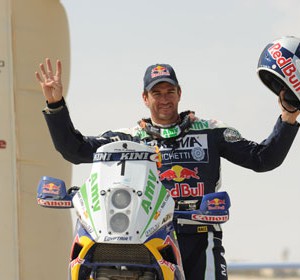 Next October, Pharaons Rally 2011, leg of the FIA and FIM Cross Country Rally World Championship, will be an unforgettable...
Copyright 2011-2016 Rallyraid.net - RISE Network. All Right Reserved.
Back to top