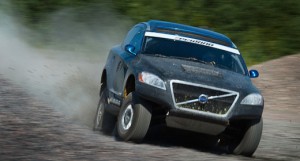 As we reported, the initiator and driver of the Swedish “Team Pewano”, Pelle Wallentheim, suddenly passed away on June 7th due to illness. Wallentheim was a great entrepreneur and a dedicated motor enthusiast with an explicit goal – to bring Cross Country Rally on the Swedish map, and put a Swedish team on the international map. He wanted to show the existence of knowledge in Scandinavia to build competitive Rally Raid cars.

Now, Team Pewano is continuing with Wallentheim’s dream – and the Volvo XC60 RR project. “Holiday season in all its glory, but not for Pewano” the team reported. “We can now reveal that several successful tests have been conducted over the summer.”

The intentions for the first day of testing were to slowly roll across the testing area, but the team discovered that such precautions were not needed for the Pewano Volvo XC60 RR. “Already on the first test we were able to run the XC60 at full speed, and give it the best – an unbeatable feeling for everyone in the team” the team reported.

“We have been conducting tests for some time and the results have been very successful. I have been honored to begin the first test run, a fantastic experience to drive through the terrain with such speed”, says the team’s chief engineer Roland Gingtorp. 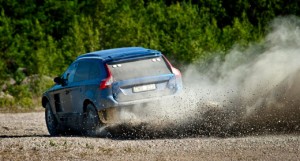 As soon as they realized that the car performed so well, Mats Karlsson, the former Swedish rally champion and now one of the top rally engineers, was invited to run a number of tests. Karlsson replied afterwards that he has never driven a car that has been delivered directly from manufacturing that drives so well.

“What can we say? To our delight, the superlatives have been many. The reality outperforms even the highest expectations” Gingtorp said. “This also means that the work on chassis-setup and engine dynamics has been able to get started immediately. After some more testing off-road, we are now planning for a classic rally route.”

“Despite the short time for testing and development the XC60 has already shown that it can perform to a high standard. As you know, the ambitions are set high – and it’s with great delight we can say that the results after the first tests did not show anything but success. We are delighted to be on the go and it’s with eager anticipation we will continue to test, refine and improve!”

For more informations, videos and plans of the team please visit the official website at http://www.pewano.com/en 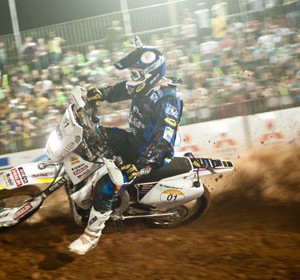 Full house, lots of pretty and happy people, fireworks, a pleasant evening. The perfect setting to celebrate the beginning...
Copyright 2011-2016 Rallyraid.net - RISE Network. All Right Reserved.
Back to top