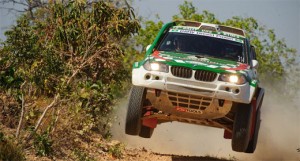 There are still several months to go before the 2012 Dakar Rally Argentina- Chile-Peru, but the X-raid Team is already on the South American continent with a BMW X3 CC. The Brazilian driver Paulo Nobre and Portuguese co-driver Filipe Palmeiro will take part in the Rally dos Sertoes between August 10-19.

The route of the ninth edition of the ‘Dos Sertoes’ takes teams from the central Brazilian city of Goiânia to Fortaleza on the northern coast. Ten stages are planned in the itinerary of a total route of 4,026km, of which 2,411km will be against the clock. Entrants will face gruelling terrain, including jungle, water crossings, hills and sandy slopes. 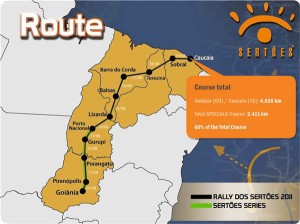 “The organisers have promises the most difficult ‘dos Sertoes’ of all time and we are excited to see what awaits us,” said Monster Energy X-raid team boss Sven Quandt. “Paulo ended the ‘dos Sertoes’ in third place the last time he took part and we are hoping he can go even better this time.” 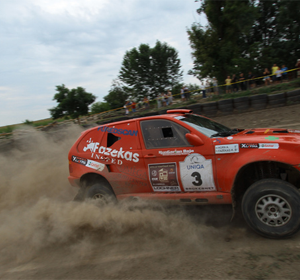 The forth event of the UNIQA Hungarian Cross-country championship, the Gyulai Várfürdő Cup between 22-24. July was a really...
Copyright 2011-2016 Rallyraid.net - RISE Network. All Right Reserved.
Back to top