Australasian Safari: The silence before the storm – Cyril Despres in the focus. 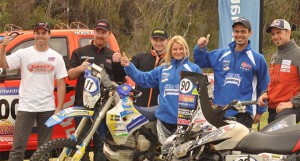 As in the previous year, the “Safari Headquarters” are beautifully situated directly on the beach of the Perth-suburb “Joondalup”. In the most parts of Europe nearly impossible, here the paddock is based right on a green lawn in a park – but inside the dunes of the Australian west coast. You can hear the breaking waves from your tent – beautiful!

What for Africa the wild dogs and cats, for this region these are wild, but harmful crows with the size of a adult cat. The birds are singing their melodies to get their attraction – and food. If you feed them, you maybe also could pet them… But most of them are really cheeky – you must have an eye on your barbecue, otherwise the big crows will steal a steak or sausage…

This year, the “superstar” of the rally is not only the Australian “Michael Schumacher” and last year’s winner Craig Lowndes (factory driver Holden / General Motors Australia). Next to “Rally Princess” Annie Seel from Sweden (the only Rally Lady) and Husaberg factory rider Manuel Lucchese from Italy it´s especially the French Cyril Despres (KTM factory driver), three-time winner of the legendary Dakar Rally who is in the focus. 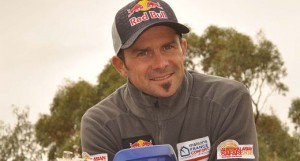 Especially for Despres, his Australian colleague (and last year’s winner) Ben Grabham and Annie Seel, KTM had invited the night before for the “KTM Safari Party” at the 5-star club “The Breakwater”. For charity reasons they also organized an auction – with incredible results. What we normally collect as “rally-waste” like a souvenir on rally routes, brought here a lot of money. The rally fans outdid themselves spending a lot of money for simple (but signed) KTM-spare parts from Cyril Despres and signed pictures – the photos went away for 1,200 Australian dollars, a plastic cover even brought $ 3,500.

The Safari Rally is very popular inside the motorcycle scene, the quads and cars are more clear, side-by-sides (SSV) are not involved. Really a pity, because the rally is perfect for all classes. However, the restrictive import regulations in Australia destroys many plans for foreign participants. Transport takes two months, and then three weeks the “quarantine” – no joke. Annie Seel and Co. rent their bikes here – that’s cheap and you only need to come by plane and are ready to race. 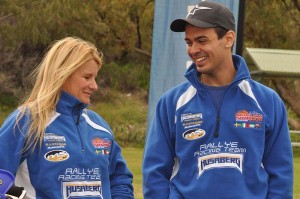 “I just do not understand. Since the three years I´m starting here, I’m the only woman,” laughs Annie Seel. For several years, the German concurrent Tina Meier wants to come, but somehow it never works. “When the time comes and Tina will start, then we will compete as the only women – like in the Dakar Rally.”

16 cars are at the start, the only foreign team is Rachan Trairat from Thailand and Harry Suzuki from Japan. Both go with a T2-Isuzu D-Max – but not by Isuzu Motor Sports Australia, the car came directly from the Isuzu team from Thailand. Isuzu legend Bruce Garland cannot participate in this year, so his codriver Harry Suzuki will help the Thailand driver. Isuzu Australia is a good address to hire a car for rallying here: “We offer different D-Max ready-to-race for rent,” says Harry Suzuki. So sports fans: Remember this, we could help with contacts.

So in the cars three factory teams are at the start. “Holden / General Motors Australia” with two Colorado Pickup V8 (compared with the old Isuzu D-Max, but with more powerful engine), “Mitsubishi Mining Australia” with a “Challenger” (L200 pickup truck with enclosed body) and “Isuzu Thailand” (D-Max Pickup T2).

47 bikes will compete – including nearly all Australian factory teams (KTM, Husaberg, Yamaha). 6 quads are also competing in the race, 15 motorcycles and quads will start in the ADTV-category. Overall, the rally lists 84 starters – a good quote for the “Down Under” marathonrally.

On Thursday evening, the rally starts with a official Showstart in the Hillarys Marina of Joondalup, on Friday the prologue will follow. In this year especially the prologue could be nice – as we heard, the route will be at the beach… heading direction north. Be with us – we are looking forward to an exciting week in Australia. 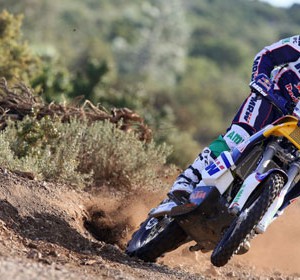 Triple Dakar Rally winner Marc Coma of Spain has renewed his contract as a factory rider with KTM, the Sportsmotorcycle specialist...
Copyright 2011-2016 Rallyraid.net - RISE Network. All Right Reserved.
Back to top