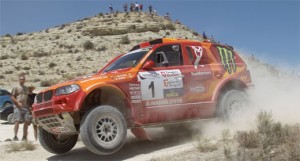 After two Bajas in Spain and Hungary, X-Raid pilot Leonid Novitskiy has increased his advantage beside his main rival Jean-Louis Schlesser till 74 points. Having a plan to start in Egypt, Leonid changed his decision because of a very difficult sport schedule for October. From 10th to 22nd October Monster Energy X-Raid team will be in Morocco for a one week testing session and then participation in race Rally OiLibya du Maroc 2011 with main staff of team, including Leonid Novitskiy, Nani Roma, Ricardo Leal dos Santos and maybe one or two more pilots.

And after Morocco the last round of FIA World Cup will be run-up in Portalegre, from 27 to 29 October. So, after a working meeting with X-raid director Sven Quandt, Novitskiy decided to cancel his engagement in Egypt race. 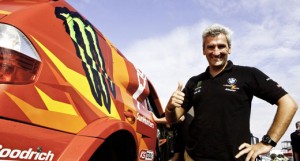 L.Novitskiy: “The “Dakar 2012” is coming and the preparation to the most important race of the season is now very intensive. Together with my navigator Andy Schulz we did a good work, took a victory in Hungary and finished 7th in Spain. I don’t like a Baja-concept with several short special stages each day, when you spend not much time on the track and get more tired from numerous “start-finish”, services, refueling and etc. But on other side, Baja gives a special opportunities to race in technical WRC-tracks inside the Europe where there are much more interest and support from spectators and journalists then in African countries.  Our leadership in FIA World Cup classification is very strong now and even if Jean-Louis Schlesser win the race in Egypt, we will keep the first position and will start in Baja Portalegre to have a final fight for a Champion title. That’s why we put priority to our program in Morocco, where I will start on new Mini All4 Racing. The team made a great job after last “Dakar”, and Mini have been developed very much. I am waiting for my first race on Mini!” 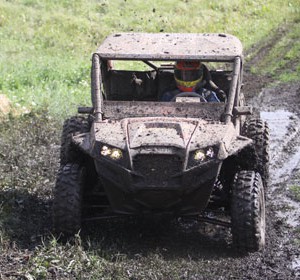 Marco Piana has participated in Pharaons Rally six times. He will be back in Egypt from October 1st to the 8th as team manager...
Copyright 2011-2016 Rallyraid.net - RISE Network. All Right Reserved.
Back to top