The X-raid Team makes the trip east to the Polish city of Szczechin to take part in this weekend’s Baja Poland.

Situated 170km from Berlin, the Polish city plays host to Poland’s premier off-road event, where the French duo of Stéphane Peterhansel and Jean-Paul Cottret have been entered in a Monster Energy X-raid MINI All4 Racing.

Local interest is sure to centre on the Polish rallying hero Krzysztof Holowczyc, who has entered the event with Belgian co-driver Jean-Marc Fortin in an ORLEN BMW X3 CC.

After their impressive performance at the Silk Way Rally in July, the Russian duo of Alexander Lebedev and Sergey Mironenko will tackle their second event in an X-Raid BMW X3 CC to complete the team’s three-car line-up. 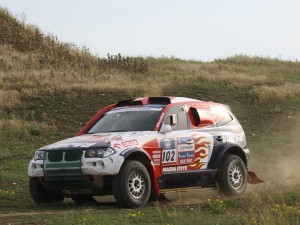 The Baja Poland will take place over three days and a route of 713.40km, of which 408km will be against the clock. Action gets underway on Friday evening (September 9th) with a short prologue stage, while two legs and seven special stages will take place around the city of Sczechin on Saturday, September 10th and Sunday, September 11th.

“We should be at the Baja Poland and the aim is to go for the win,” said X-raid team boss Sven Quandt. “I think it will be an exciting fight between Stéphane and Krzysztof, who will want to impress his home crowd. “Baja Poland is a good opportunity for us to test new parts on the MINI All4 Racing. The event is also a candidate for the FIA World Cup next year and we can use this opportunity to learn about the event and the  terrain”.

Frans Verhoeven has commited with the french team CrocoAventures Rally Raid - Sherco for 3 DAKAR, with the aim of quickly...
Copyright 2011-2016 Rallyraid.net - RISE Network. All Right Reserved.
Back to top