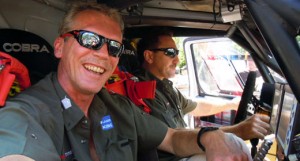 Pewano is proud to announce details of the top crew selected to drive the brand new car, PEWANO XC60 RR, in the world’s longest and toughest rally. Since the start of June, when Pewano’s founder and driver Pelle Wallentheim tragically passed away due to a short illness, the team has worked intensively to find a new crew. In addition to routine and experience, a major factor when choosing the new team members has been selecting a driver and co-driver who can deliver the best performance for Pewano in the unique conditions of the Dakar rally.

In a short period of time we have negotiated with three potential crews, all with impressive Dakar-records. We are very pleased with the choice of both driver and co-driver. Alfie and Jürgen are experienced, highly professional and complement each other very well. Alfie is an extremely talented driver which gives our racing car the best possible opportunity to perform at Dakar 2012. Given the circumstances we are delighted to be joined by Cox and Schörder, explains the Pewano Team Manager Hans Sönksen.

Now that Pewano has finalised the team for the 2012 Dakar Rally, with the signing of Alfie Cox and Jürgen Schröder, this means that the Swedish car will be represented by a South African/ German line-up. The duo have extensive experience in motorsport and Alfie Cox’s many years of great success in Cross Country Rally have made him a legend in his home country of South Africa. Alfie Cox has completed 11 Dakar Rallies with 3 podium placements on a motorbike. He has also won the Roof of Africa Rally 9 times, is a 4 times gold medallist in the ISDE and a multiple South African Enduro and Off-Road Champion. In 2006, Cox switched from motorbikes to begin racing on four wheels, and together with co-driver Jürgen Schröder they will race the Dakar Rally for the fourth consecutive year in 2012. Cox and Schroeder have previously competed as PS Laser Racing Team, and are now aiming to improve on their previous year’s placing together with Pewano. 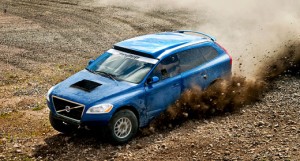 “It is an honour, challenge and also a privilege for me to be in the driver’s seat of the PEWANO XC60 RR. Jürgen Schröder and I have raced three South American Dakar Rallies and I’m looking forward to driving the XC60 – not only for the Pewano team but for the legacy of Pelle Wallentheim. The specifications, design and development is on a par with our competitors BMW, Toyota and Hummer, which will make for a very interesting rally” says Alfie Cox.

Cox and Schröder will share the cockpit of a custom-built Volvo XC60 for the Cross Country Rally. The new race car PEWANO XC60 RR was completed in the spring and has since been tested and improved in anticipation of the premiere in South America. In addition to the world’s longest and toughest rally, the Dakar rally is also the world’s largest motorsport event – not only in terms of participants but also in terms of media coverage and prestige. When Pewano and their new crew starts on New Year’s Day 2012 it will be in Mar del Plata, Argentina. The competition continues through Chile and ends 9500 kms later in Lima, the capital of Peru, on January 15th. 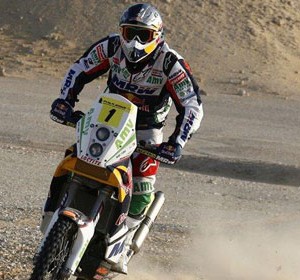 A short stage of 310 km with a 286 special after which competitors were satisfied to have crossed the finish line early this...
Copyright 2011-2016 Rallyraid.net - RISE Network. All Right Reserved.
Back to top