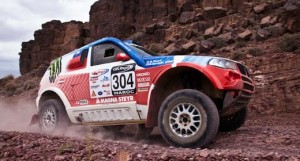 Chilean driver Boris Garafulic and his French co-driver Gilles Picard secured third overall in the OiLibya Rally of Morocco, marking a successful desert rally for the BMW X3 CC driver.  But the event was a disappointing one for the Monster Energy X-raid Team, with Spaniard Joan ‘Nani’ Roma and his French co-driver Michel Périn and Russia’s Leonid Novitskiy and German co-driver Andreas Schulz eliminated on the first and second stages in their MINI All4 Racings because of technical problems.

As a result, team manager Sven Quandt decided to withdraw the third MINI All4 Racing, crewed by the Portuguese duo of Ricardo Leal Dos Santos and Paulo Fuiza, from the event.

It was discovered that a defective external oil pump had caused Roma’s first stage retirement and, a day later, a similar problem resulted in Novitskiy’s withdrawal shortly before the end of the stage. The fundamental problem with the component could not be resolved at the event itself and the X-raid team duly withdrew the third car from the rally.

Garafulic climbed to second overall and held a similar position until after the third stage. However, he rolled on the fourth special while crossing a sand dune. The Chilean was able to continue but the lost time forced him down to fourth overall, although he later benefited from a rival’s mistake and regained a top three position, which he held to the finish.

“At first glance the outcome of the rally was not at all good for us, but we are glad to have discovered the problem here in Morocco,” admitted Monster Energy X-raid team manager Sven Quandt.

“Now we still have time to take care of the problem with the external oil pump before the Dakar. We are happy with the third place for Boris.” 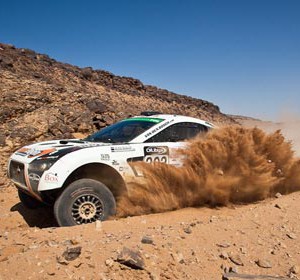 With the sets of some big sceen masterpieces in the background, the OiLibya Rally of Morocco became an epilogue in Cinemascope,...
Copyright 2011-2016 Rallyraid.net - RISE Network. All Right Reserved.
Back to top