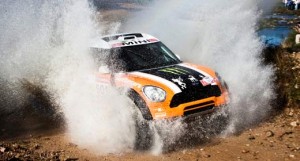 Portugal’s Baja Portalegre, the final round of the 2011 FIA World Cup for Cross-Country Rallies, was a successful one for the X-raid team, with Russia’s Leonid Novitskiy and German co-driver Andreas Schulz retaining their FIA World Cup title and Portugal’s Filipe Campos and Jaime Baptista winning the event outright in their MINI All4 Racing.

After his eighth place on the short 5.52 km super special stage, Novitskiy set the fastest time on the second stage and he snatched the overall lead. But the Russian had to change a flat tyre on the next stage, lost valuable time and slipped to fifth overall, but the pair still did enough to retain their FIA World Cup title.

Dos Santos and Campos finished second and third on Friday’s stage, but Dos Santos struck a stone in a water crossing the following day and had to stop and change a tyre. Campos also had to contend with two punctures and the duo slipped to seventh and eighth after the second stage, but Campos fought back on the third and final timed section to secure outright victory, with Dos Santos finishing in third place.

“This is a great result and a sensational finish to the season,” said X-raid team manager Sven Quandt. “Unfortunately we had to fight right to the last stage. But we were able to win the FIA World Cup for the fourth consecutive year. This is again a great boost to the team and a boost to motivation as we head into the final preparations for the Dakar.” 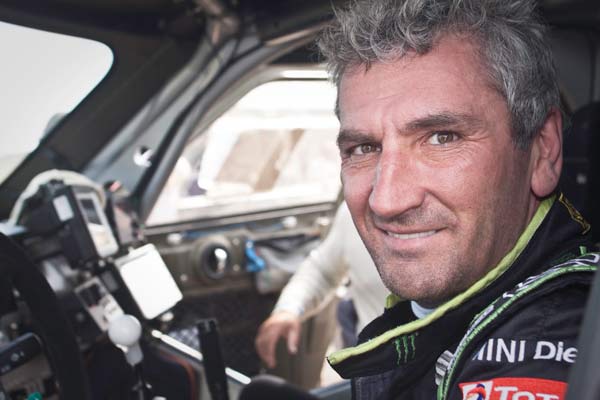 Novitskiy and Schulz won the FIA World Cup for the first time in 2010 at the wheel of a BMW X3 CC. Frenchman Guerlain Chicherit secured the title for the Trebur-based team in 2009 and Qatar’s Nasser Saleh Al-Attiyah won the prestigious championship in 2008. 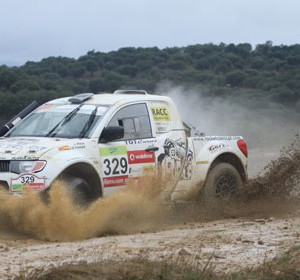 In style! This is how it will be the 25th edition of the "Baja Vodafone Portalegre 500", prepared to have a decent celebration...
Copyright 2011-2016 Rallyraid.net - RISE Network. All Right Reserved.
Back to top