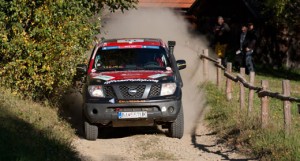 The car crew of Raid Adventure Team ended its race season on the first weekend of October. Yet, this means no end to their activities, there is still organizing work for them before the 9th Baja Slovakia ®, the only Slovak cross country rally.

Baja Poland and Internext Rally Vsetín were two last races for Juraj and Danka Ulrichs. Two months after their successful performance on Silk Way Rally they returned on racing track with aim to uphold their yesteryear’s T2 victory in Poland. Domestic competitors, just like last year, set really high tempo right from the beginning, Slovak crew wasn’t too far away after 110 kilometers. But then some problems with fuel system appeared on the third selective section which resulted in huge time loss and premature end on rally. 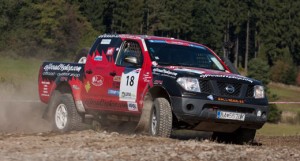 Sandra Ulrichova held the team flag high in quad category. She entered the race as a provisional leader of Czech championship, the only woman against seven men. On a long and demanding tracks she managed to deal not only with sandy terrain but with some sudden technical problems too. Thanks to the result she achieved she kept her leading position.

Three weeks later Raid Adventure Team took part in 9th Internext Rally Vsetín, once again in two categories. Juraj and Danka set the sixth fastest time on Friday prologue and stayed close to Top 5 during whole Saturday. The Vsetín’s tracks are short and narrow, competition is intense, even a small mistake can make all your effort vain. With a reasonable amount of risk the Ulrichs struggled against two home pilots. At the end they could celebrate last year’s race turned into T2 group victory and fifth place overall. 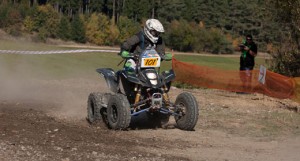 Not a bit worse in Vsetín was their daughter Sandra. In quad category she met two rivals who entered all season’s races just as she did. It was not later than on the third selective section when Sandra took over and left her rivals behind. With a deserved win she strengthened her leadership. The question if the only girl behind the handlebars of quad would become the new Czech champion is going to be answered on 9th Baja Slovakia ®. 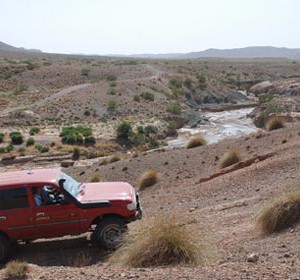 René Metge, Sporting Director of the event, is back again on African tracks to refine the road-book of the fourth edition...
Copyright 2011-2016 Rallyraid.net - RISE Network. All Right Reserved.
Back to top