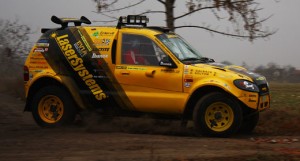 Sólyom Team is through a long weekend of testing. The arriving of winter brought 4,5 degrees and murky weather. The HAWKIA that has been set up for the Mediterranean weather bristled up due to the cold, hazy weather.

We can even call it luck that the cold weather arrived just for the day of the test as because of this the problems of the setup of the engine emerged immediately. At the beginning the maximum rev of the engine didn’t go above 3500 rpm but the mechanics started to cure it right then and they managed to increase the rev to 4200 rpm still in the daytime.

Olivér Sólyom: “The engine was the only one we didn’t work on since the last rally, so what else could go wrong… All other parts of the car were perfect, I am content. Those invited to the test also enjoyed the co-drive, it was a great experience for them to feel the not ordinary characteristics of the HAWKIA.” 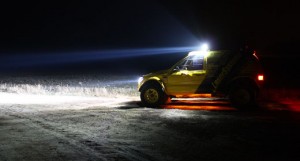 All failures turned out before the night test but there was no enough time to repair everything. That’s why the night test started with some stumbling but by the end the team managed to try everything they wanted. Sunday was spent on testing the cold settings.

Olivér Sólyom: “Unfortunately the system still supercools itself, the temperature of the engine doesn’t go above 60 degrees. I wasn’t able to drive the car faster than 120km/h but still it turned out that the new lighting system works well. We see everything, we can notice everything on time. If the cooling would be in order we can travel to Athens to the Cooper 24h Off Road well prepared.”

Sólyom Team that is in the second position of the 2011 Balkan Championship (to tie) leaves for Greece for the last cross-country rally event of the season on 24th November. So far 113 entries (25 bikes, 15 quads, 5 buggies and 68 cars) were received for the Cooper 24h Off Road so achieving a good result will not be easy at all. 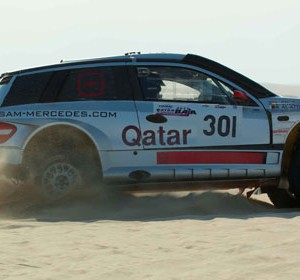