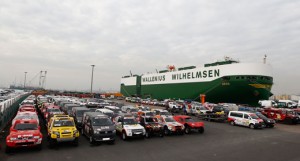 These last two days saw the reunion of the Dakar family, as some of its members came to Le Havre for the concentration of vehicles due to be shipped to South America. On Thursday they will start to be loaded onto the São Paolo, a cargo ship which will take them to Argentina after a 21-day voyage.

The reunion at Le Havre has yielded the first clues on the preparedness of the drivers and crews taking part in the Dakar. Since 2009, European competitors have got used to meeting at the Norman port towards the end of November to bring their vehicles on board the ship which will transport them to Argentina. This year round, and despite the increase in European competitors, all the scheduled tasks were carried out in two busy days. Roughly 140 people were on duty at Le Havre’s docks to receive and guide the competitors. Among other things, the latter were required to install safety instruments in their vehicles (Iritrack, Sentinel, etc.), produce all documents necessary for the complex customs procedures of the 2012 route (arrival in South America through Argentina, departure from Peru) and entrust their vehicles to the students of the Lavoisier secondary school, who came to help place stickers. These young fans will be rewarded with a skiing holiday, courtesy of the rally organisers. 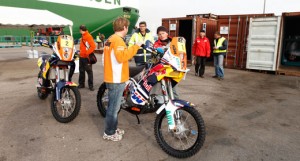 A total of 680 vehicles (race, assistance, press and organisation) were placed in a boarding zone with a surface area equivalent to that of three football fields. One of the few who were late was Eduardo Moci, who will be racing alone with his car. He encountered the first problems of this 4th Dakar adventure and was forced to work for several hours before loading it: “When you are alone in your car, the rules say that all of the emergency equipment should be accessible from the driver’s seat. So I had to change the layout of my car’s interior to comply with the rules. And I had to do all this in the parking area!” Nevertheless, the Italian was able to fill in his checklist and validate it in time, unlike some of the big names in the motorcycle category. The engineers and mechanics belonging to the Aprilia (López, Duclos) and Husqvarna (Frétigné, Gonçalves, Zé Hélio) teams decided to work for a bit longer before shipping their motorcycles to Argentina by air. 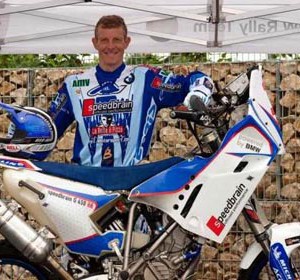 Following his accident last August at the Rally dos Sertões (Brazil), David Frétigné confirmed earlier today that he has been...
Copyright 2011-2016 Rallyraid.net - RISE Network. All Right Reserved.
Back to top