Frétigné: “Just being at the starting line is a triumph for me” 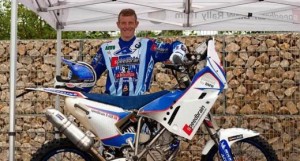 Following his accident last August at the Rally dos Sertões (Brazil), David Frétigné confirmed earlier today that he has been greenlighted to return to the Dakar following a series of medical tests. Although his season has been marred by these injuries, he does not rule out fighting for the top places of the GC.

“I am no longer in pain and have been allowed to train every day.” Just one day after the decisive medical tests, one could not tell from his voice that David Frétigné is a convalescent. Three months after a fall which resulted in severe injuries, the rider from the Aveyron speaks in the past tense of an event he has been able to analyse and a fast recovery which has surprised all those close to him, including his doctors. “I had never sustained any injuries in my entire career, and then I had two big accidents in less than a year. But I know why that happened. There was a real problem with the motorcycle’s rear suspension, but now the people at Husqvarna have done what they had to do to balance it. As for my physical condition, I was forced to take a two-month break, but after that I was able to ease back into the sport quite quickly. I know I have been able to progress this fast because I have always led an extremely healthy lifestyle. So I got onto the motorcycle again and, since it did not hurt, my fears were dispelled quite fast.”

That was all Frétigné needed to start focusing on his future and, more specifically, his participation in the Dakar, a race he was forced to skip last year. Of course, he has scaled down his ambition for the January rally, which he finished 5th in 2010: “I will be fit when the rally starts, but not at my best. I will have to get used to the terrain. But just being at the starting line, and in a good physical condition, is a triumph for me. As for the final victory I dream of, I expect it to happen in less than two years. And I think it will be with this motorcycle.” 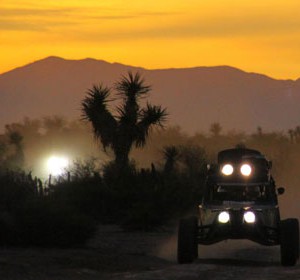 Cacti, sombreros, dodgy moustaches... and an 850bhp truck on 40 inch tyres slewing sideways through the centre of Ensenada......
Copyright 2011-2016 Rallyraid.net - RISE Network. All Right Reserved.
Back to top