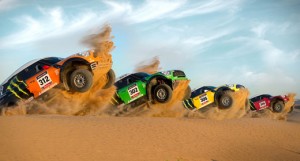 The start of the Dakar Rally on January 1st, 2012 is fast approaching and the organising team at the ASO in France this week released more details about the route for the fourth edition of the Dakar in South America. Some changes have been made. In the past the event crossed just Argentina and Chile and now Peru has been added as a third host country. “Our vehicles are very strong in the sand,” said Monster Energy X-raid team manager Sven Quandt. “We, therefore, hope that we can benefit from the new route through the dunes at the end of the rally.“

Buenos Aires, the Argentine capital, has been replaced as the start and finish point for the Dakar. The new start venue is the Argentine tourist resort of Mar del Plata, about 400 kilometers south of Buenos Aires. From there the route heads over 8,300 km to finish in the Peruvian city of Lima. “I am delighted that this Dakar does not loop back to the start,” said Stephane Peterhansel. “I had the feeling that the organizers found it hard last year to find new and difficult routes. Now we are entering new territory again.” 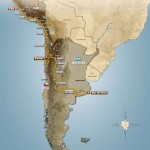 The new route makes sandy terrain a vital determining factor in the outcome of the 2012 Dakar. In the past, the first and last stages through Argentina resembled WRC-style tracks – fast and hard off-road routes. Now, the pilots have to cope with the final stages through the dunes of Peru. This means that the leaderboard could change right to the end of the event. “We’ll have to do deal with much more sand than in past rallies,” said Michel Perin, co-driver for Joan ‘Nani’ Roma. “I think the rally will only be decided on the final stages in Peru.”

Competitors will face sand dunes on the early stages as well, although WRC-type tracks will dominate early on. “In this terrain, our competitors will surely be very fast,” added Quandt. “But we will be able to counter attack on the following stages.” 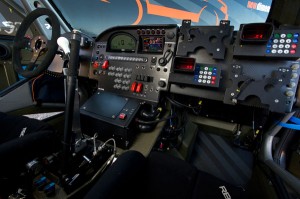 The fifth stage from Fiambala to Chilecito will feature the first of the big dunes for the drivers. From there, the participants cross the Andes to Copiapo and duly enter the Atacama desert. The route leads the crews through the driest and highest desert in the world to Peru. The South American country will be hosting the Dakar for the first time and also provides fascinating stop-off points along its coastal dunes. “Peru is hard for the participants,” said Jean-Paul Cottret, co-driver for Peterhansel. “We will face a new type of dune there.”

X-raid will take eight vehicles to the 2012 Dakar Rally. Five MINI All4 Racings and three BMW X3CCs complete the squad. The first stage of the Dakar Rally officially starts on January, 1st 2012 in Mar del Plata. Competing vehicles cross the traditional podium the previous day. From there the route takes the participants through the Andes into Chile’s Copiapo where, on January 8th, the rest day is scheduled. Teams then pass through the Atacama Desert to Peru and on to the finish in Lima on January 15th. A total of 465 vehicles will take part, including 171 in the car category. 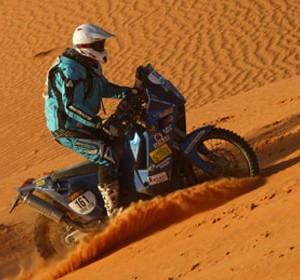 This fourth edition of the Africa Eco Race promises to be exciting on two or four wheels. A few weeks before the start, trying...
Copyright 2011-2016 Rallyraid.net - RISE Network. All Right Reserved.
Back to top