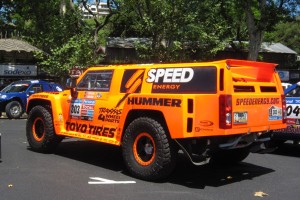 The make-up of the last teams to enrol on the Dakar held some major surprises in store, with the return of Johnny Campbell, to accompany Robby Gordon, as well as the rally-raid debut of former F1 driver Jos Verstappen, in a DAF truck.

With less than a month to go before the start of the rally, the last elements of uncertainty have been clarified regarding the make-up of the crews on the Dakar 2012. And clearly the week has been rich in announcements for Robby Gordon. After having signed the duo of Nasser Al Attiyah and Lucas Cruz for his team, the American will be calling on the services of Johnny Campbell on the right-hand seat of his Hummer. The former biker, who finished 8th in his only Dakar in 2001 (but who has won the Baja 1000 eleven times!), will be making his debut as a co-pilot on the event. He is very proud to be on-board a car capable of doing battle for the very top places: “I always said that I’d come back to the Dakar to win when the opportunity came along. When Robby called me, I knew it was the right time,” says the ambitious American.

Another major figure of motorsport will be making his first appearance on the Dakar for the 2012 edition. Jos Verstappen was contacted by the Xdakar team to drive a DAF truck whose cabin he will be sharing for two weeks with Charly Gotlib. After 107 F1 Grand Prix between 1994 and 2003, the Dutchman has turned his career on its head by switching from out-and-out speed to endurance. Another race circuit regular had also planned his introduction to the desert for the Dakar 2012. However, Matt Lagrive’s enrolment depended on him successfully obtaining his driving licence. His worries are no more, since the four times winner of the Bol d’Or passed his driving test several days ago and is relieved to have succeeded with this first step: “I was most worried about the highway code. I put myself under tons of pressure and studied like a madman. In the end it all paid off, since I didn’t make the slightest mistake!” Such success was expected of him, given his status as a road safety ambassador in France. All that remains for him is to learn how to read the road-book, ride on rocky terrains and tackle sand dunes, amongst other things… 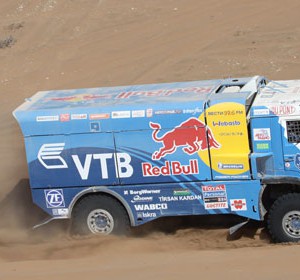 The landscape in the truck category has been transformed by the retirements of Chagin and Kabirov, who between them had won nine...
Copyright 2011-2016 Rallyraid.net - RISE Network. All Right Reserved.
Back to top