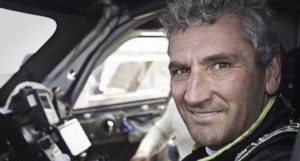 Russian pilot Leonid Novitskiy became a part of BMW X-Raid team in 2008, and his “Dakar” history started from 2007. Together with his co-driver Andreas Schulz Novitskiy became a two-times winner of FIA World Cup 2010 and 2011, so the other big goal of the crew is a podium in Dakar rally, which is a great passion for both crew members.

How did the passion for the Dakar come ? What memories do you keep of last year’s Dakar ?
L.Novitskiy: “I took part in my first Dakar in 2007 as an amateur. All I know was a numerous legends from other pilots who already had a pleasure to be a part of this great marathon event.  When I put into “Dakar” I really understood why million people consider this rally as most extreme and difficult and why it is skidded in the Guinness Book of Records. We finished the first time at 20th overall place and became the best amateur of that edition of Dakar.
Then Dakar became a passion and each year I feel myself in dependence of its spirit and power. I am preparing and waiting for it all the year. For me Dakar is a challenge to myself, my emotions and my physical abilities, to the nature in extreme race conditions and etc.
In 2009 there was my best “Dakar” because I finished the race in top-10, on 8th overall position and it also was the best result in our team X-Raid. And the main disappointment was the last “Dakar 2011” because we had to retire after the fracture of my hand during the 5th stage. 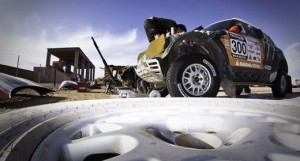 How have you prepared for the Dakar?
The preparation to Dakar is always very intensive, especially in last two month before start. In October we spent 10 days in Morocco  during a testing session and the race. We worked very well with car settings and now all Mini and other race cars are in perfect condition and ready for race. Our last activity was a team preparation session in Austria. We were in mountain, made a physical training course, and also a special criotherapy in order to mobilize the additional forces of our bodies.

What do you expect from this 2012 edition ?  What are your main concerns and worries?
First of all, we expect a great battle with main rivals – team of Robby Gordon, Mitsubishi and new Toyota. The staff of all top-teams include professional and experienced drivers and co-drivers, so we should be very careful and attentive. In second point, we expect a new route with a new terrain in Peru, which will be very demanding in sporting aspect. More over, Peru will be the last part of the route, so the risk to make a mistake will be higher, then in the beginning. Concentration should be kept until the last kilometer. And finally, we expect the best results for our crew and team. 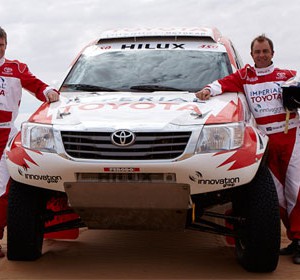 Arek Kwiecień, TERENOWO.PL for Rallyraid.net : Could you give away what has happened in 2011? How did you feel after the decision...
Copyright 2011-2016 Rallyraid.net - RISE Network. All Right Reserved.
Back to top