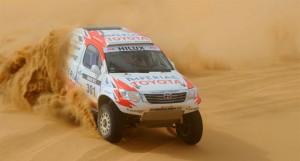 The Dakar, the world´s best known rally raid race, will start in less than a month. The 2012 edition will begin in January 1st in Mar del Plata (400 km South from Buenos Aires) to cover Argentina´s North-West before crossing the Andes Mountains by San Francisco´s passage (4800 m) to cover the Northern regions of Chile and climb up to Lima in Peru.
OVERDRIVE RACING TEAM will take part of this race of more than 9000 km aiming to take not less than six cars – four Toyota crews and two in Volkswagen – and to give a great fight during the competition.

In fact, this year, the Belgian team based near to Liege, has diversified and become a race car preparation company working with different brands, registering two Toyota pick-ups and two Volkswagen Amarok in this year´s Dakar.
The team´s experience in matters of assistance service made it also become the logistic manager for the Official team TOYOTA IMPERIAL, where the South African Dakar Winner of 2010, Giniel de Villiers (Nº 301) takes part, with his loyal co-driver Dirk Von Ziztewitz (DE), and the South Africa crew composed by Duncan Vos & Robert Howie (Nº313). 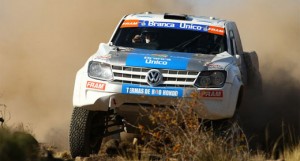 Two assistance trucks (T5) will wear the colors of VOLKSWAGEN AMAROK OVERDRIVE with two pick-ups built in the Belgian workshops that will be driven by Leonid Ogorodnikov, with Vladimir Dimitriev (Nº332) and Adrian Yacopini, the biggest Volkswagen retailer in Argentina, with Alfredo Jeanisch as his co-driver (Nº354). 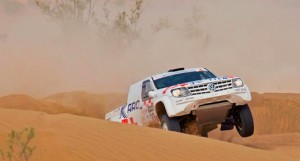 OVERDRIVE RACING begins in 2006 supplying tubular chassis equipped with engine, gear box and transmission over which they could build a car body on demand. Then, twelve pick-ups built in the Belgian factory were sold throughout the world and keep showing off the know-how of OVERDRIVE RACING in rally-raid races.

Two assistance trucks AMAROK OVERDRIVE will also have the mission of assisting clients that run with previous Overdrive Nissan vehicles, with Brazilian driver Jean de Azevedo among them, who has all the chances to be well positioned at the finish of the Dakar 2012. 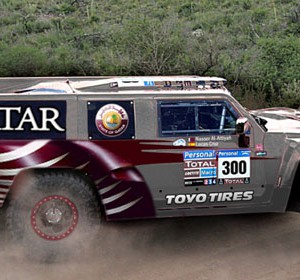 Car number 300 that is usually kept for the title holder will finally be present at the start of the 2012 Dakar. It will...
Copyright 2011-2016 Rallyraid.net - RISE Network. All Right Reserved.
Back to top